Operation Venetic: Two men arrested in investigation linked to the recovery of £1.6m in cash

National Crime Agency officers have arrested two men as part of a drugs and money laundering investigation which led to the seizure of more than £1.6m last year.

The suspects – aged 58 and 51 - were arrested yesterday respectively in Wilmcote, Stratford-upon-Avon, and Reddicap Heath, Sutton Coldfield, near Birmingham.

NCA officers searched a number of business premises across Birmingham in connection with the investigation which emerged from Operation Venetic, the UK’s law enforcement response to the take down of encrypted comms platform EncroChat. 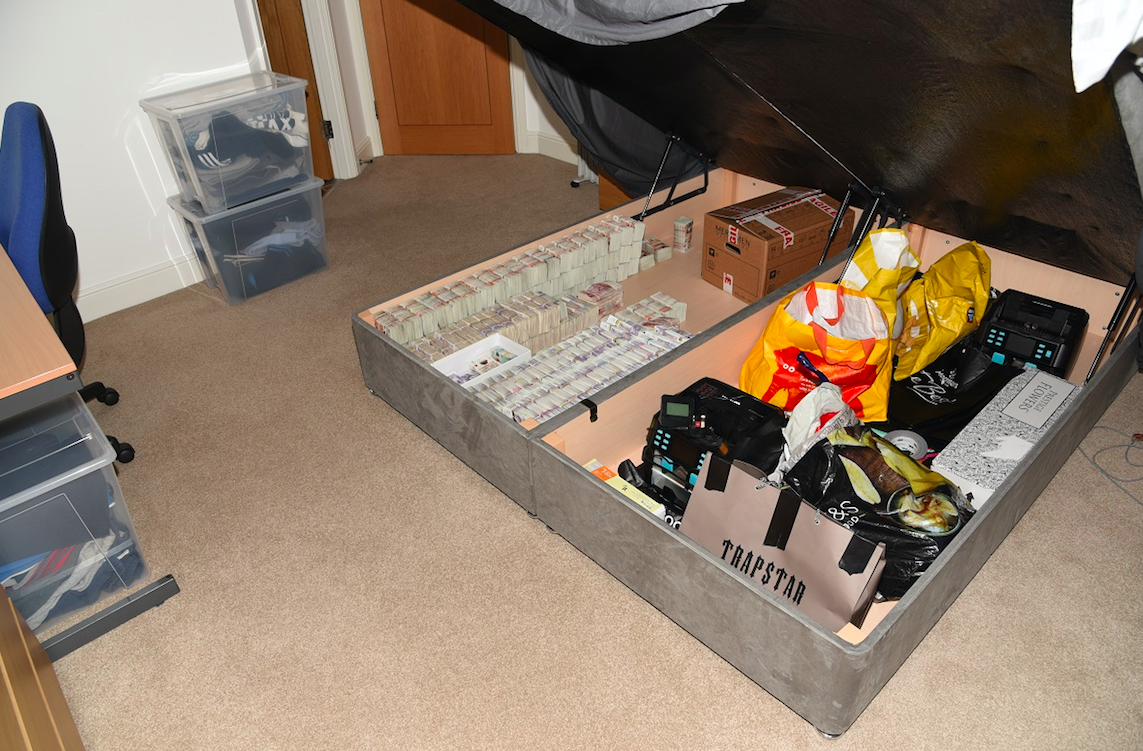 The arrests follow the seizure of £1,656,040 on 13 June 2020 when officers raided a flat in Kenelm Road, Sutton Coldfield and discovered the cash concealed inside a divan bed.

On the same day, officers also recovered two kilos of cocaine. Two men aged 45 were arrested in connection with the offences and remain under investigation.

The NCA won a forfeiture order in respect of the case earlier this year resulting in the cash being returned to the public purse.

The two suspects who were arrested yesterday (Tuesday) have been questioned in relation to their alleged involvement in money laundering and drugs offences and were released on bail.

NCA operations manager Rick Mackenzie said:  “These arrests are an important development in our investigation.

“The ability for criminals to benefit from the proceeds of crime is a key driver for organised crime which is why the NCA prioritises disrupting money laundering operations both here in the UK and overseas.”