Intelligence is at the heart of everything we do. An accurate intelligence picture allows us to effectively prioritise action against the greatest threats and deliver the maximum disruptive impact on serious organised crime. We work closely with our partners to identify the greatest threats to the UK, prioritising and co-ordinating joint operations when appropriate. This ensures that the intelligence we collect is used to its full advantage within the UK law enforcement community.

Intelligence is information that has been analysed to assess its relevance and reliability. Within the NCA we use and produce intelligence at strategic, tactical and operational levels.

Strategic intelligence is material that informs us and partners where we should be deploying our resources against the greatest threats.

Tactical intelligence informs us of emerging threats and methodologies being employed by serious organised crime groups impacting on the UK. As an example, this might be the routes that an organised crime group is using to traffic firearms into the UK and how they avoid detection at the border.

Operational intelligence relates specifically to the activities of known organised crime groups that enables us to conduct or direct operational activity against them. As an example, this could include the description of a vehicle carrying the consignment of firearms.

We bring together intelligence from a range of sources in order to maximise analysis, assessment and tactical opportunities. These include:

We develop this intelligence, coordinate the national intelligence picture of serious organised crime and disseminate and share intelligence with partners in the UK and overseas.

It can also be disseminated to/shared with partners who can use it to complement their own intelligence or to take immediate action. Partners include:

The NCA houses the UK’s International Crime Bureaux including INTERPOL and EUROPOL. We manage the routine exchange of police and law enforcement information through these channels and provide access to international databases and capabilities.

We have an international network of officers posted overseas in around 50 countries who work with international partners to coordinate UK law enforcement support overseas and deliver upstream interventions to protect the UK. These officers are strategically deployed based on our intelligence picture to help tackle the organised crime threat to the UK. Through collaboration with the host nation, they collect and share intelligence, assist in operational activity and enhance international delivery through a variety of means including training, joint taskforces, and capacity building.

Looking to the future

We continuously look for new opportunities to collect, develop and enhance traditional capabilities to increase the quantity and quality of intelligence available to exploit both in the UK and abroad.

As part of this we are developing the new National Data Exploitation Capability, using the powers vested in the agency by the Crime and Courts Act, to link together, access and exploit data held across government. We are also developing a multi-agency  National Serious and Organised Crime Assessment Centre (NAC) to hold and enhance the strategic intelligence picture of existing and emerging threats to drive the operational response of the NCA and our partners. It will also inform senior decision makers to shape policy and feed the national security infrastructure.

The Gateway Function will provide a consistent entry point for all new information and intelligence requests and referrals requiring NCA operational assessment.

Alongside the NAC, we are also looking to develop the NTC (National Targeting Centre) which will become the hub for developing operations, alongside investigations, against the highest priority serious and organised crime targets.

All of this will increase our agility and flexibility to respond to new threats and operate in a proactive way, to gather and analyse information and intelligence on emerging threats so that we can take action before threats are realised.

The powers we have to gather intelligence are defined and governed by law. They are also subject to strict scrutiny and assurance by independent bodies such as the Investigatory Powers Commissioner's Office, Her Majesty’s Inspector of Constabulary and Fire & Rescue Services (HMICFRS) and others.

We believe passionately that rigorous oversight and governance of how we gather and use intelligence is essential and comply fully with both the spirit and the letter of the law. 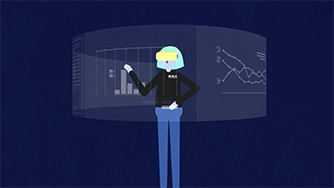 NCA Intelligence Officer - A day in the life