National Crime Agency investigators have charged a van driver from Birmingham with attempting to import a huge haul of class A drugs, following a seizure at Dover.

The total of 181 kilos of cocaine and heroin was found on the evening of 21 September in a van containing boxes of nitrous oxide canisters for the catering industry, which were being transported from The Netherlands. 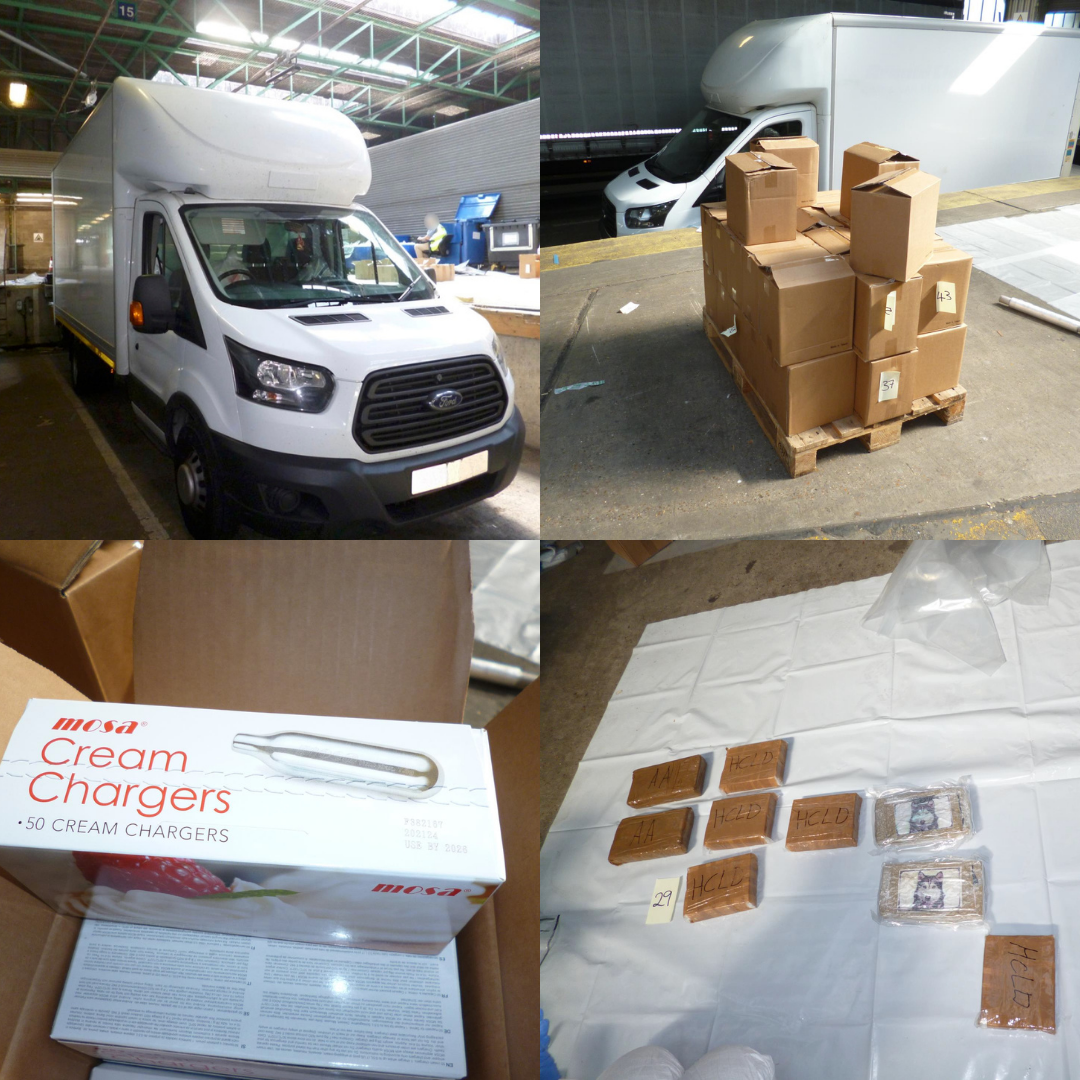 Some of these boxes had been filled with the drugs. Border Force officers also searched the van’s cab and found an extendable baton.

The driver, 26-year-old Ross Patrick Deffley, of Arundel Crescent, Solihull, was questioned by NCA officers and later charged with attempting to import class A drugs and possession of an offensive weapon.

He was due to appear before Folkestone Magistrates’ Court today (Thursday, 23 September).

“This was a large amount of class A drugs, with an estimated street value of £7 million. Its seizure will have been a blow to the criminal network behind the attempted importation.

“Organised crime groups involved in drug trafficking are often responsible for violence and exploitation in our communities, so cutting off their supply line protects the public from the harm class A drugs can cause.

“Working alongside our partners in Border Force we continue to fight on the frontline against drug smuggling.”

“This is a great example of partnership working to protect the UK from those allegedly determined to smuggle illegal drugs into the country.

“This impressive find not only stops criminals from making huge profit, but also removes a tremendous amount of drugs from being peddled on our streets.”