Four firearms, a quantity of ammunition, a CS gas canister as well as cannabis plants and hydroponics equipment were seized. 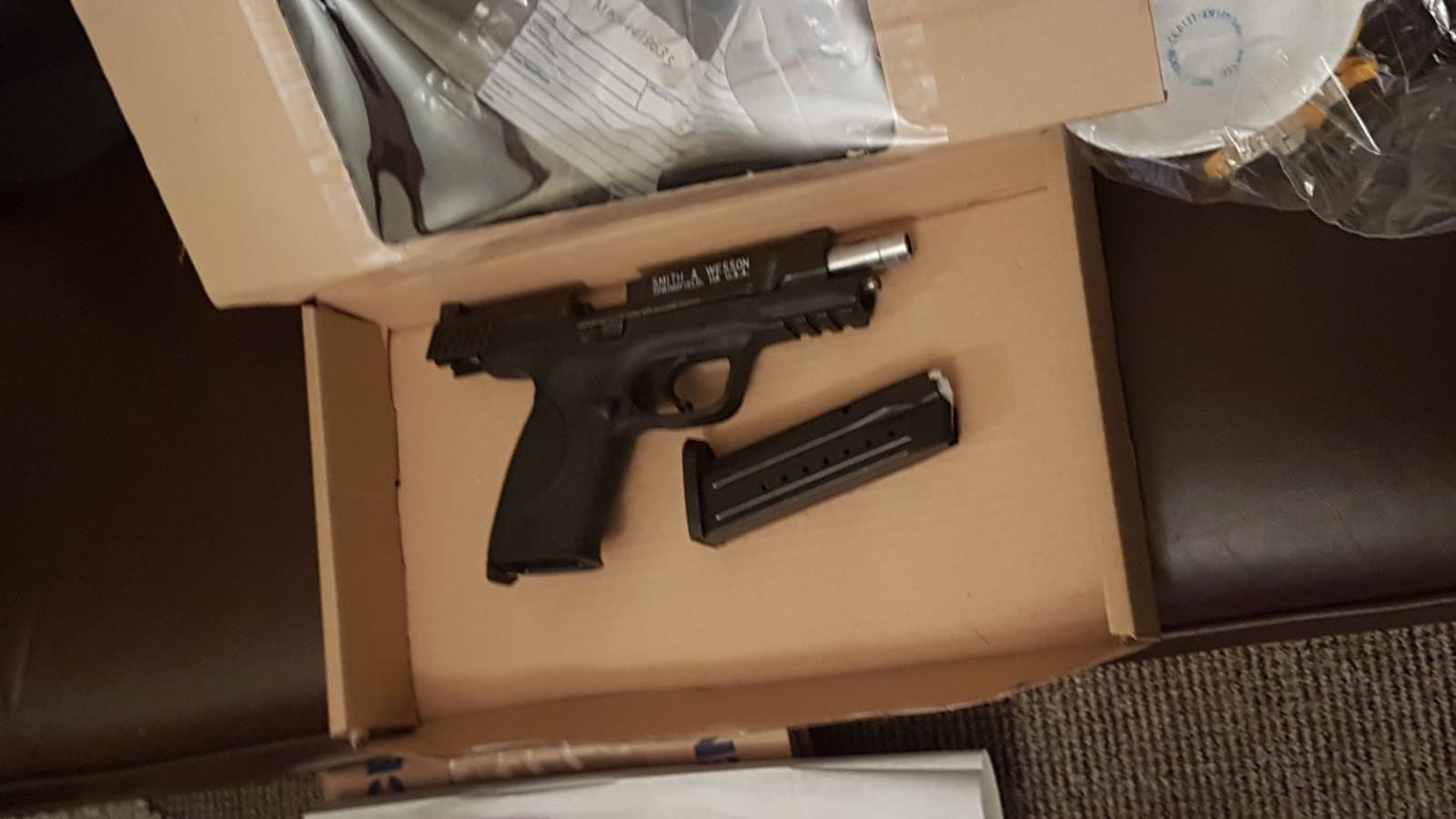 Two men have been charged following a seizure of four firearms, a quantity of ammunition, a CS gas canister as well as cannabis plants and hydroponics equipment.

Cousins Darren Sexton (41) from Westcliff-on-Sea, Essex and Nicholas Sexton (32), from Southend-on-Sea were arrested on the 6th June by officers from the joint NCA and Metropolitan Police’s Organised Crime Partnership (OCP) assisted by the NCA’s Armed Operations Unit.

Searches conducted at an address in Westcliff-on-Sea recovered three handguns and around 90 rounds of ammunition. A separate search at an address in Canvey Island resulted in the seizure of a number of cannabis plants, hydroponics equipment, a CS gas canister and a fourth hand gun.

"Removing weapons like these handguns from the criminal market is a priority for both the NCA and MPS. It is key to protecting our communities from the harm they could have caused.

Our investigation into this seizure continues."