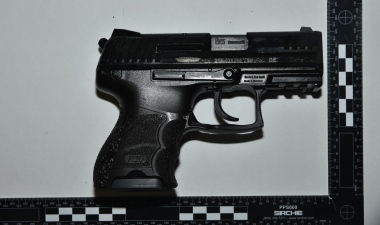 Men accused of attempting to smuggle four handguns and ammunition in to the UK.

Two men have been charged with attempting to smuggle four firearms and ammunition in to the UK.

National Crime Agency investigators were called in after the four Heckler and Koch handguns and 100 rounds of 9mm ammunition were found by Border Force by officers on Sunday 19 May in a BMW car at the Channel Tunnel terminal in Coquelles.

The firearms and ammunition were found in a bag underneath the carpet floor of the vehicle’s boot.

The occupants of the car,  Steven Landers, 55, of London Road, Elephant and Castle, and Steven Mulroe, 41, of Yelverton Road, Battersea, were arrested and interviewed by NCA officers. They were later charged with the illegal importation of firearms. 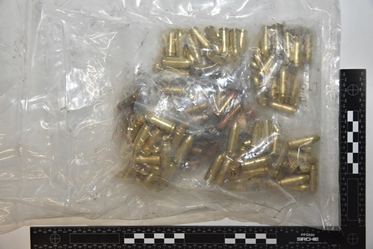 The pair both appeared at Margate Magistrates Court on 22 May and were remanded in custody to appear at Canterbury Crown Court on 24 June.

“The nature and scale of organised crime is becoming ever more complex, and criminal networks use a variety of methods to attempt to move firearms across international borders.

“Disrupting those supply routes is a priority for the NCA and our partners, and this operation is an example of that in action.

“In seizing these weapons, which were undoubtedly destined for the criminal marketplace, we have protected the people of the UK from the violence they would have inflicted.”

“Detections like this demonstrate how Border Force officers are at the forefront of the fight to protect UK communities and individuals from the illicit smuggling of firearms.

“We work closely with intelligence colleagues, as well as other law enforcement agencies, to ensure that frontline work is focussed on the areas of highest risk and emerging trends are quickly identified. Where possible offences are identified, we will not hesitate to pass on information to assist police forces or the National Crime Agency.”