Two charged after gun and cocaine seized in London flat

Two men have been charged after a firearm, cash and 3 kilos of cocaine were seized at a property in Hornsey as part of an investigation by the joint NCA and Metropolitan Police Organised Crime Partnership (OCP).

OCP officers raided the flat on Hornsey High Street on Thursday 7 May where they discovered approximately £25,000 in cash, two kilos of cocaine and 24 rounds of ammunition stashed in various kitchen cupboards. Officers also recovered a notebook which they suspect is a ledger for drug dealing.The firearm, a .32 calibre pistol, was found in the wardrobe of one of the bedrooms. Another kilo of cocaine was hidden behind the toilet panel in the en suite bathroom.

One of the residents, Arben Sulka, 30, was detained after attempting to jump off the first floor balcony. He was taken into custody where he was later charged with possession with intent to supply class A drugs.

Elton Osmenaj, 32, who also lives in the flat, was arrested at a property on Hampstead Lane on Friday 8 May. He has since been charged with possession of a firearm and ammunition and possession with intent to supply class A drugs.

The men, both Albanian nationals, are due to appear at Wood Green Crown Court on 11th June 2020. 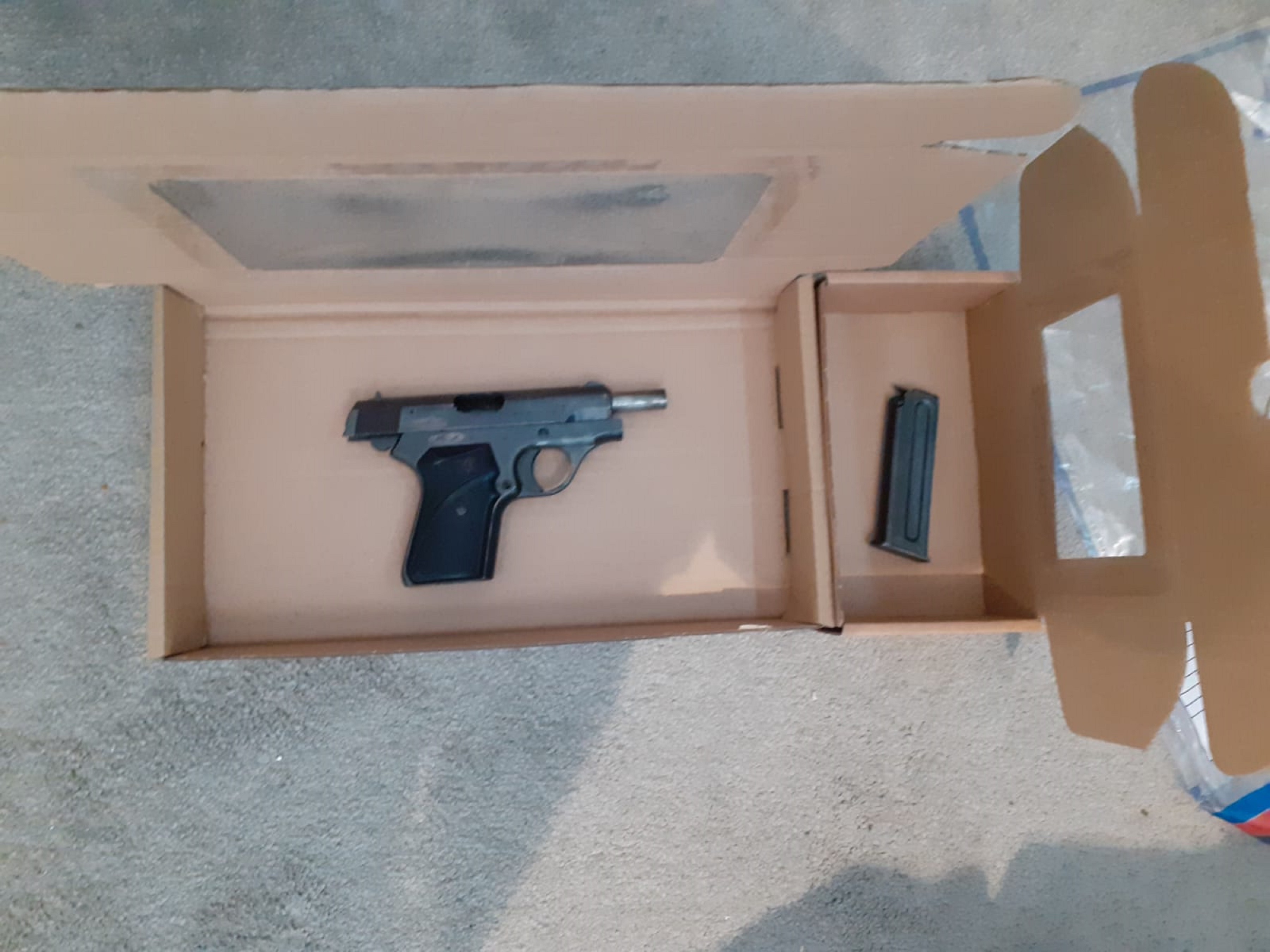