Suspected members of an organised crime group in Merseyside have been arrested as part of a drug trafficking conspiracy.

Five men, aged between 35 and 48, and a woman aged 35, were arrested in raids on Thursday 18 June, in the Wirral and Wallasey, and Deeside, by officers from the National Crime Agency, with support from Merseyside Police. 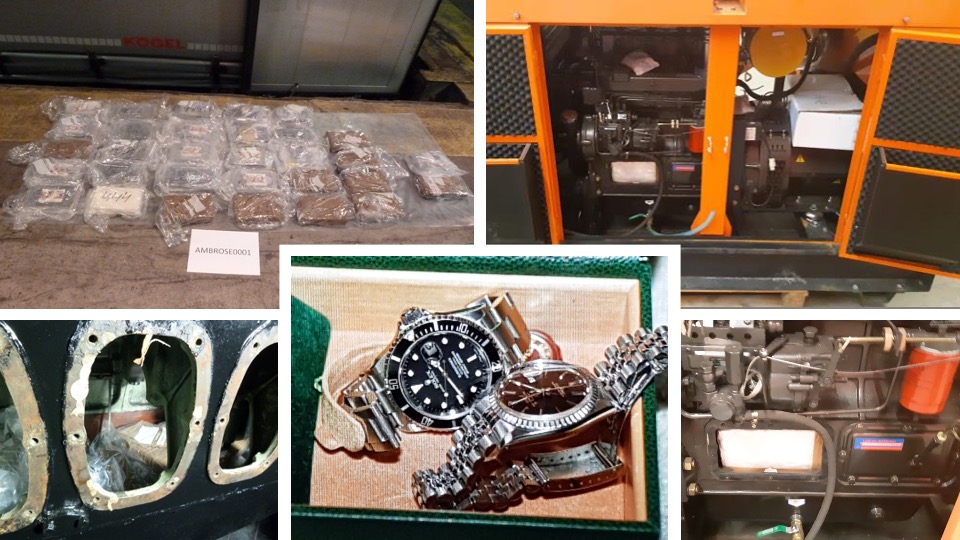 Officers also seized a number of high-value cars, including a Mercedes-Benz and Landrovers as part of the investigation, as well as two Rolex watches and around £5k in cash.

The group are believed to have used legitimate haulage companies to move generators from the UK to Belgium and freight forwarding companies in The Netherlands. These generators were then routed back to the same addresses in the UK, with cocaine and heroin concealed inside.

“We suspect the group was involved in an significant operation – exploiting genuine companies to import deadly drugs for distribution to crime groups throughout the country.

“By working closely with partners here and overseas, in particular the Belgian and Dutch police, we believe we have dismantled a well-established drug supply route.”

In March 2019, one load of Class A drugs was intercepted at Dover, and a few months later in June two loads were seized in The Netherlands. Both seizures included cocaine and heroin, and together totalled 111 kilos, worth around £9 million at street level.

Investigators suspect the group has imported drugs on numerous occasions between October 2018 and June 2019.