Pair jailed for supplying guns made at Hailsham firearms factory

Guns being made from scratch at factory discovered by NCA

Two men have been jailed for a combined 29-and-a-half years for conspiring to sell handguns made at an illegal gun factory in East Sussex.

The factory in Diplocks Way, Hailsham, was uncovered in August 2018 after an operation led by officers from the National Crime Agency.

It is believed to be the first time a criminal gun factory of this nature has been found by UK law enforcement.

Three firearms were found on the day of the raid, including two made at the factory, but around 120 weapons were in the process of being manufactured at the site at the time.

Since then a further six guns made at the Diplocks Way unit have been recovered by law enforcement, with one such weapon known to have been used in two attempted murders in London.

Kyle Wood (below right), 30, from Littlehampton and Greg Akehurst (below left), 30, of no fixed abode, were both arrested on 18 August 2018. NCA teams had tracked Akehurst as he drove down the M1 from Leicestershire and round the M25 to an address in Horley, close to Gatwick Airport. There, he picked up Wood, and the two men travelled together to an industrial park on Diplocks Way in Hailsham, unaware they were under surveillance. 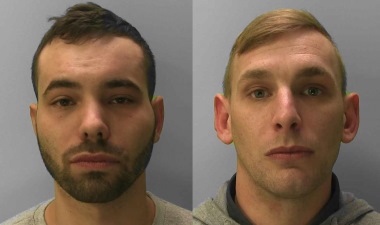 At approximately 4.30pm that evening NCA officers watched the pair as they knocked on the door of a unit on the park, MKF Engineering, and went inside.

Around an hour later the officers heard loud bangs consistent with gunshots emanating from inside the unit, and Akehurst and Wood were seen leaving the building, heading back towards their car. As they did so covert officers from the NCA’s Armed Operations Unit moved in.

Both men failed to comply with the instructions of the firearms team and  tried to run away. Akehurst was detained quickly and a loaded firearm was found tucked inside the waistband of his trousers.

Wood was pursued on foot and during that chase he pulled a handgun from a pocket. The pursuing officer discharged his taser to disable Wood. The gun and a plastic bag full of ammunition were found at the scene.

Shortly afterwards a third man, Mark Kinman left the unit and was also arrested by NCA officers. Three rounds of ammunition were found in his pocket.

The area around the industrial unit was cordoned off, and NCA and Sussex Police officers began a thorough forensic search of the site.

During the search that took place over several days, officers found a sophisticated gun factory inside the MKF unit. A range of machinery and components were discovered, believed to be used in the criminal manufacture of firearms and ammunition. 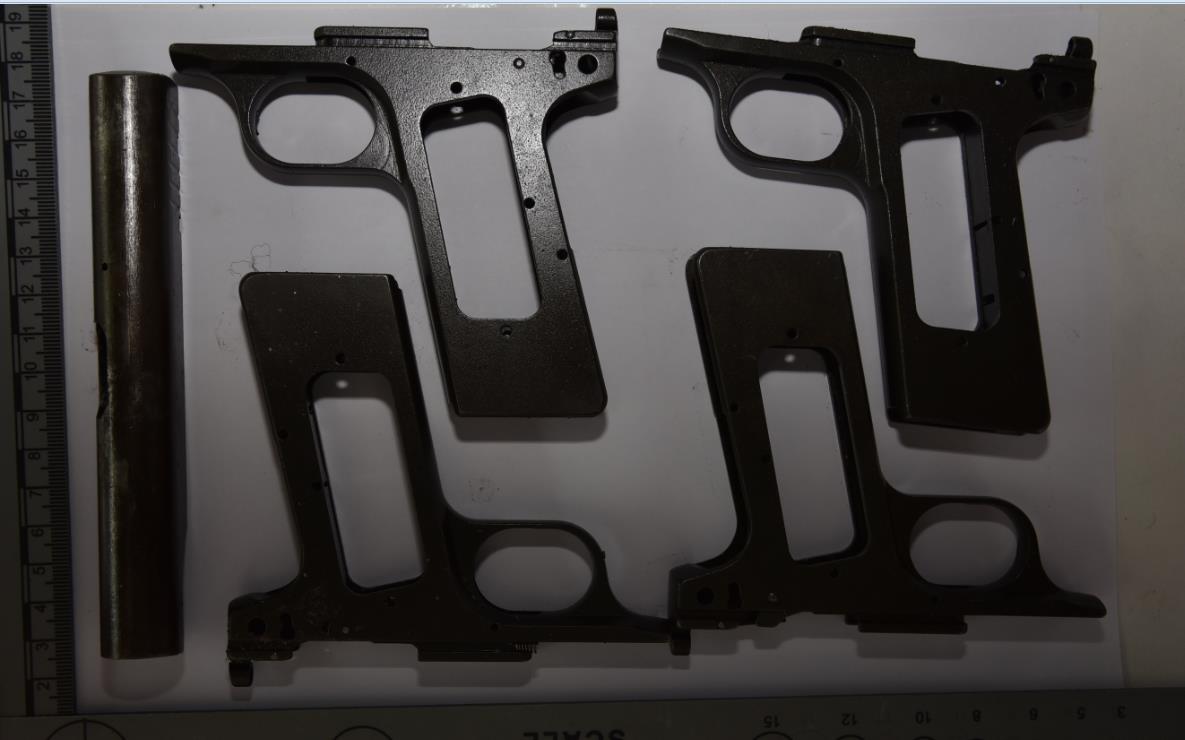 Home-made templates for the manufacture of guns based on the Browning 1922-type pistol were found alongside a dismantled original Browning weapon, a number of handguns in various stages of production, and metal for use in their manufacture (pictured right). None had serial numbers or manufacturers markings, indicating that they had been made by Kinman from scratch.

Forensic analysis indicated that there were around 121 weapons in the process of being manufactured at the unit. The two handguns recovered from Wood and Akehurst had also been made there.

The NCA investigation subsequently revealed that Kinman was the craftsman making the weapons, while Wood and Akehurst were involved in getting the firearms onto the criminal market.

Wood initially admitted possessing a firearm but pleaded not guilty to conspiring to sell or supply firearms. However on the second day of his trial on Wednesday 1 May he changed his plea to guilty.

A judge at Kingston Crown Court today (Wednesday 8 May) sentenced Kyle Wood to 11-and-a-half years in prison, while Greg Akehurst got 18 years. 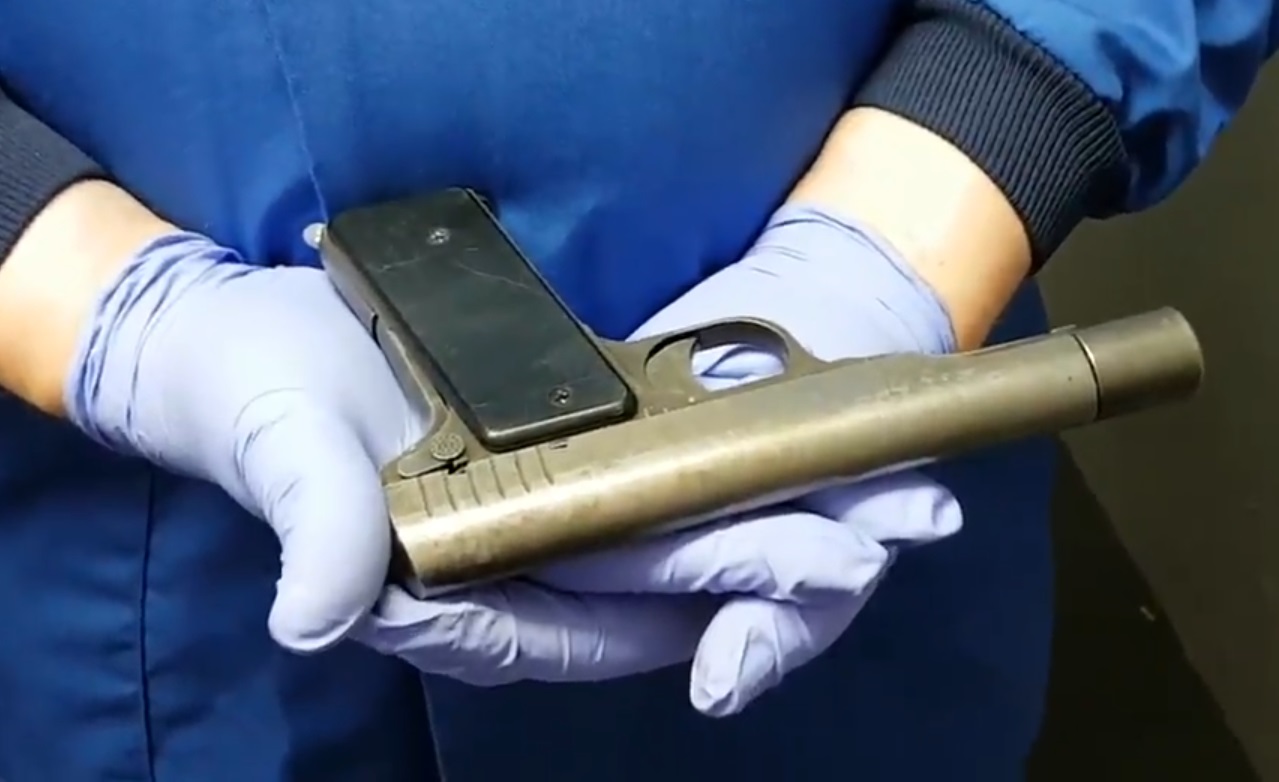 “This case is unique. It is the first time that the NCA or indeed any UK law enforcement has found an illegal gun factory of this nature.

“The weapons being made there were lethal and for the criminal marketplace. The fact they had no serial markings made them all the more valuable to criminals. They represented a direct and real danger to our communities. A number of the weapons manufactured there we know have been used to commit violent acts on the streets.

“In dismantling this crime group we have stopped a significant supply line of criminal firearms and directly protected the public from the devastating impact those weapons would have had.

“As well as the NCA officers whose professionalism was key to getting this result, I’d also like to thank our partners from Sussex Police and the CPS who played vital roles alongside us. We will continue to work with them to do all we can to tackle serious violence and gun crime.”

“Intelligence gathered by our officers was instrumental in helping to start this NCA investigation, and our local officers, with our specialist search and firearms teams also provided valuable support when NCA officers carried out the arrests in Hailsham.

“This is another example of the way in which intelligence gathered from local people can impact on the constant need to combat organised criminality at national level.

“However there is no evidence that the weapons being produced were intended for use in Sussex, or that there was any specific risk to communities in Sussex.”

“The Crown Prosecution Service used the evidence prepared by the NCA to build a strong and unanswerable criminal case which led to three men pleading guilty.

“Up until the day of the trial one of the men tried to claim he was not involved in running this gun-making factory.

“But after hearing the prosecution case against him in open court he changed his plea and admitted being involved in making and selling these deadly weapons.”