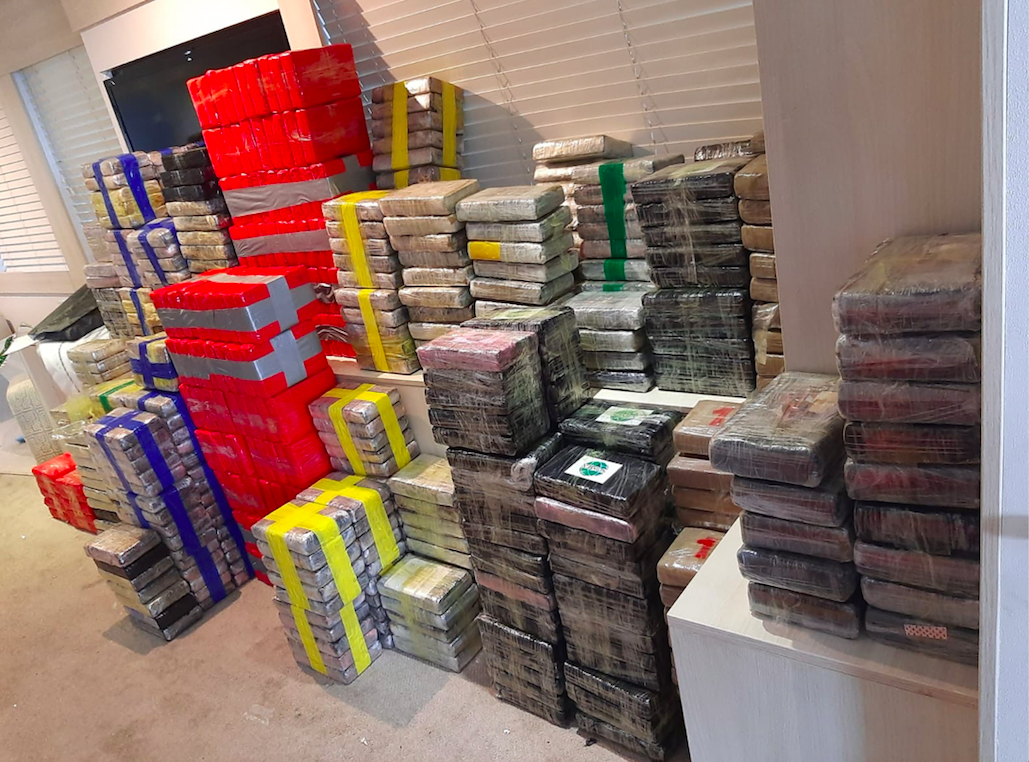 More than two tonnes of cocaine worth around £160m has been seized and six men arrested in a dramatic operation at sea.

The men – one Briton from Stockton on Tees, County Durham, and five Nicaraguans – were arrested on Thursday evening 80 miles off the coast of Plymouth in an operation led by the National Crime Agency (NCA) and supported by the Australian Federal Police (AFP) and Border Force.

The suspects were aboard the Kahu – a luxury Jamaican-flagged yacht sailing from the Caribbean. It was escorted back to the UK mainland where a team carried out a deep rummage search and discovered the enormous haul of Class A.

The men, whose ages range from 24 to 49, were arrested on suspicion of drug trafficking and are in custody awaiting interview.

The arrests demonstrate the strength of the NCA’s international partnerships – working with the AFP who as part of the operation used evidence from their Operation Ironside – the country’s investigation into the AnOm encrypted comms platform.

Matt Horne, NCA deputy director, said: “This is a massive haul of cocaine with an estimated street value of around £160m.

“There’s no doubt these drugs would have been sold on into communities across the UK in such ways as County Lines fuelling more crime and misery.

“Organised crime groups are motivated by money. The deprivation of these drugs will smash a hole in the OCG’s plans and ability to operate.

“Also, the arrests of the men transporting the drugs means the crime group has lost trusted offenders who would have been key to their operation.

“We continue to work with partners at home such as Border Force and those abroad such as the AFP to protect the public from the Class A drugs threat.”

“Operation Ironside has opened the door to unprecedented collaboration across law enforcement agencies around the globe.

“This result highlights the importance of the AFP’s partnership with the NCA to combat offshore transnational organised crime that impacts both of our countries.

“The AFP and NCA have a strong, historic relationship and both agencies recognise the significant threat to national security posed by transnational organised crime.”