The national centre to coordinate law enforcement activity to tackle County Lines has, in its first year of operation, protected more than 1,000 children from being exploited by drug gangs. 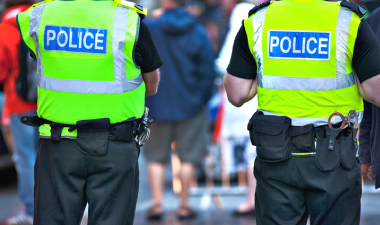 A year ago today (21 September) the National County Lines Coordination Centre (NCLCC) – jointly led by the National Crime Agency and the National Police Chiefs’ Council – was created to map out the threat from County Lines and prioritise action against the most significant perpetrators.

In its first 12 months, the NCLCC has developed the national intelligence picture, targeted County Lines networks, and engaged with partners from the health, welfare and education spheres to tackle the wider issues.

During three intensification weeks alone, which were coordinated by the centre, police forces and Regional Organised Crime Units identified and safeguarded over 2,400 vulnerable people – including more than 1,000 children – arrested over 1,800 offenders as well as disrupting hundreds of ‘deal lines’.

These weeks of intensification are just one part of the law enforcement response to tackling County Lines, with police forces and ROCUs regularly undertaking activity to target offenders and safeguard victims.

Young people and vulnerable adults are exposed to physical, mental and sexual abuse, and in some instances will be trafficked to areas a long way from home as part of a network’s drug dealing business. Over the three weeks of intensification there were 131 referrals to the National Referral Mechanism, which identifies potential victims of human trafficking and ensures they receive support.

Nikki Holland, National Crime Agency County Lines lead and Director of Investigations, said:
“Thanks to the dedication of law enforcement officers over the past year since the centre launched, we have been able to target County Lines networks in a coordinated way like never before – taking huge numbers of drugs and weapons off the streets and safeguarding those most vulnerable.

“Our understanding of County Lines is now better than ever before and, along with our law enforcement partners, we have successfully pursued County Lines offenders who are exploiting young people and dominating communities.

“In the first year of the NCLCC we have made significant progress, however, there is more to be done to make sure that County Lines crime does not pay and we will continue to work with our partners to tackle those causing untold misery in our communities.”

National Police Chiefs’ Council lead for county lines, Deputy Assistant Commissioner Duncan Ball, said:
“Since the National County Lines Co-ordination Centre was set up we have made great strides in tackling and dismantling cruel County Lines gangs and protecting the vulnerable people exploited by them.

“The large number of arrests and weapons seized is testament to the hard work and dedication of the centre and of officers across the country who work tirelessly to pursue and prosecute those involved.

“The National County Lines Co-ordination Centre’s results underline the importance of working with key partners like public health, the Department for Education, social care and the charity sector.”

The NCLCC is funded by the Home Office and is made up of a team of experts from the NCA, police forces, and Regional Organised Crime Units.

Minister for Crime, Policing and Fire Kit Malthouse said: “County Lines has a devastating impact on our communities and we are working relentlessly to disrupt these gangs and put an end to the exploitation of children and vulnerable adults.

“The National County Lines Co-ordination Centre, established with £3.6m of Home Office funding, has been vital in strengthening our law enforcement response to this issue, enabling police forces to work together to tackle this complex issue that spans across regions and demands a multi-agency approach.

“We are also bolstering law enforcement by putting 20,000 new police officers on our streets over the next three years, and we will continue to take action until we eradicate this abhorrent crime.”

Anyone with concerns about County Lines can speak to local police on 101 or call 999 in an emergency. If you’d rather stay anonymous you can call the independent charity Crimestoppers on 0800 555 111.

If you are a young person who is worried about being involved in County Lines, or knows someone who is, you can speak to an adult and let them know how you feel.

You can also contact www.fearless.org who allow you to pass on information about crime anonymously.

You can also contact Childline on 0800 1111 – they are a private and confidential service where you can talk to counsellors about anything that is worrying you.