A man has been found guilty of being part of a criminal gang believed to be one of the world’s most prolific smugglers of anabolic steroids. 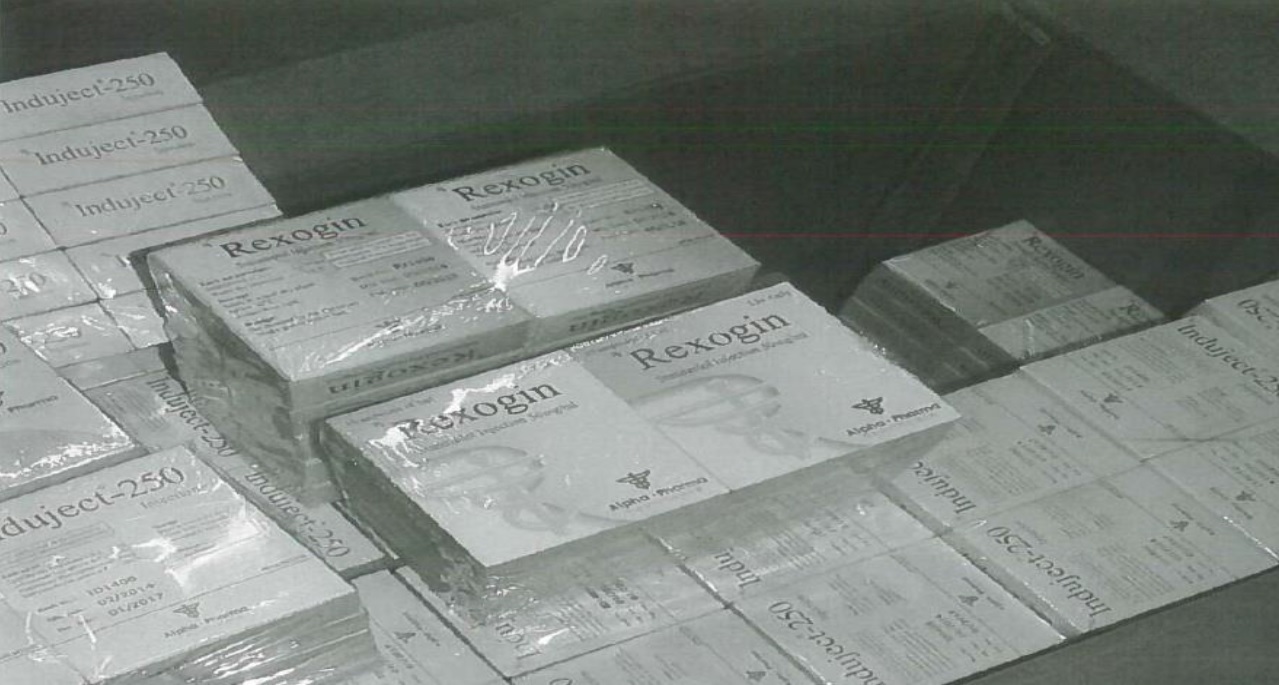 Gurjaipal Dhillon, 65, of Southall, west London, acted as a fixer for the group - arranging dozens of unlicensed shipments of drugs from India into Europe.

National Crime Agency officers think the group, headed by Jacob Sporon-Fiedler, the CEO of an Indian-based pharmaceutical firm, have smuggled around 42 tonnes of illicit anabolic steroids into the UK.

The NCA investigation began in 2014, following a seizure of around 300 kilos of the class C regulated drug by Border Force officers at Heathrow Airport. The load was destined for an address in Belfast.

Following that, NCA investigators began to piece together the movement of dozens of unlicensed shipments of drugs, many of which were organised by Dhillon.

The illegally imported drugs - made by Sporon-Fiedler’s pharmaceutical company in India – were shipped using Dhillon’s contacts. Once in the UK they would be distributed by Nathan Selcon, 44, to be sold to body builders and fitness fanatics on the black market.

On 5 June, following a six week trial at the Old Bailey, Dhillon was found guilty of conspiring to import a class C drug.

He will be sentenced on 15 July, alongside Mumbai-based Danish national Sporon-Fiedler, 38, and Selcon, from Maidenhead in Berkshire, both of whom had earlier pleaded guilty.

“Gurjaipal Dhillon was part of a conspiracy to illegally import huge amounts of anabolic steroids into the UK on an unprecedented scale. His role in that conspiracy was a crucial one, essentially organising the transport for the drugs and enabling them to be shipped to the UK.

“We believe this organised criminal group to be the most prolific of its kind ever uncovered, probably the biggest global players in the illicit anabolic steroid market.

“They had the ability to move tonnes of anabolic steroids into Europe where they would be sold on the black market, pocketing millions of pounds in profit. These drugs were completely unregulated and not subject to the usual stringent checks, therefore they posed potentially major health risks to those who used them.

“At the heart of the network lay Jacob Sporon-Fiedler, the CEO of the pharmaceutical company manufacturing the product itself.

“This investigation has identified importations totalling almost 42 tonnes of illegal steroids, however it is likely they were responsible for far more. Intelligence supplied by the NCA has led to further seizures and criminal investigations by law enforcement partners across Europe.

“The NCA investigation into the group has been highly complex and lasted a number of years, but I would like to pay tribute to the diligence and professionalism of our officers. Without that this outcome would not have been possible.”

“Border Force works hard to keep individuals and communities safe from the illegal importation of illicit drugs like these.

“By making seizures Border Force not only disrupts the supply chains, but, as was the case here, can also provide the crucial first evidence that helps bring those responsible to justice.”