On Friday 7 June Ragozins appeared before Maidstone Crown Court where he pleaded guilty. He was remanded in custody to be sentenced on 26 July 2019.

A man has been charged with possession and the supply of firearms after a National Crime Agency operation in Norfolk.

44-year-old Jurijs Ragozins from Kings Lynn was arrested by officers from the NCA's Armed Operations Unit on All Saints Street in the town on the afternoon of Friday 26 April.

Following his arrest, and searches in the Kings Lynn area 12 handguns, ammunition and 29 stun guns have been recovered. Two further handguns had previously been recovered as part of the investigation. 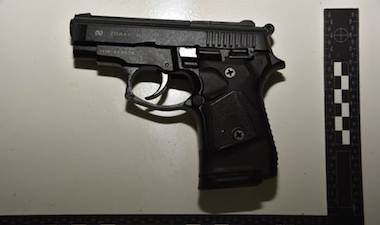 The weapons will now be subject to full forensic analysis.

Last night Ragozins was charged with offences of possessing and supplying firearms and is expected to appear before Norwich Magistrates Court on Monday 29th April 2019.

"Preventing firearms from reaching the hands of criminals is a key priority for the NCA.

"This represents a significant seizure of weapons which I've no doubt would have been used to commit violent acts on our streets. Our investigation into this seizure continues."

"Removing these weapons from the criminal market will protect our communities from the harm they could have caused.

"I'd particularly like to thank our partners at Norfolk Police for their support and assistance throughout this operation."