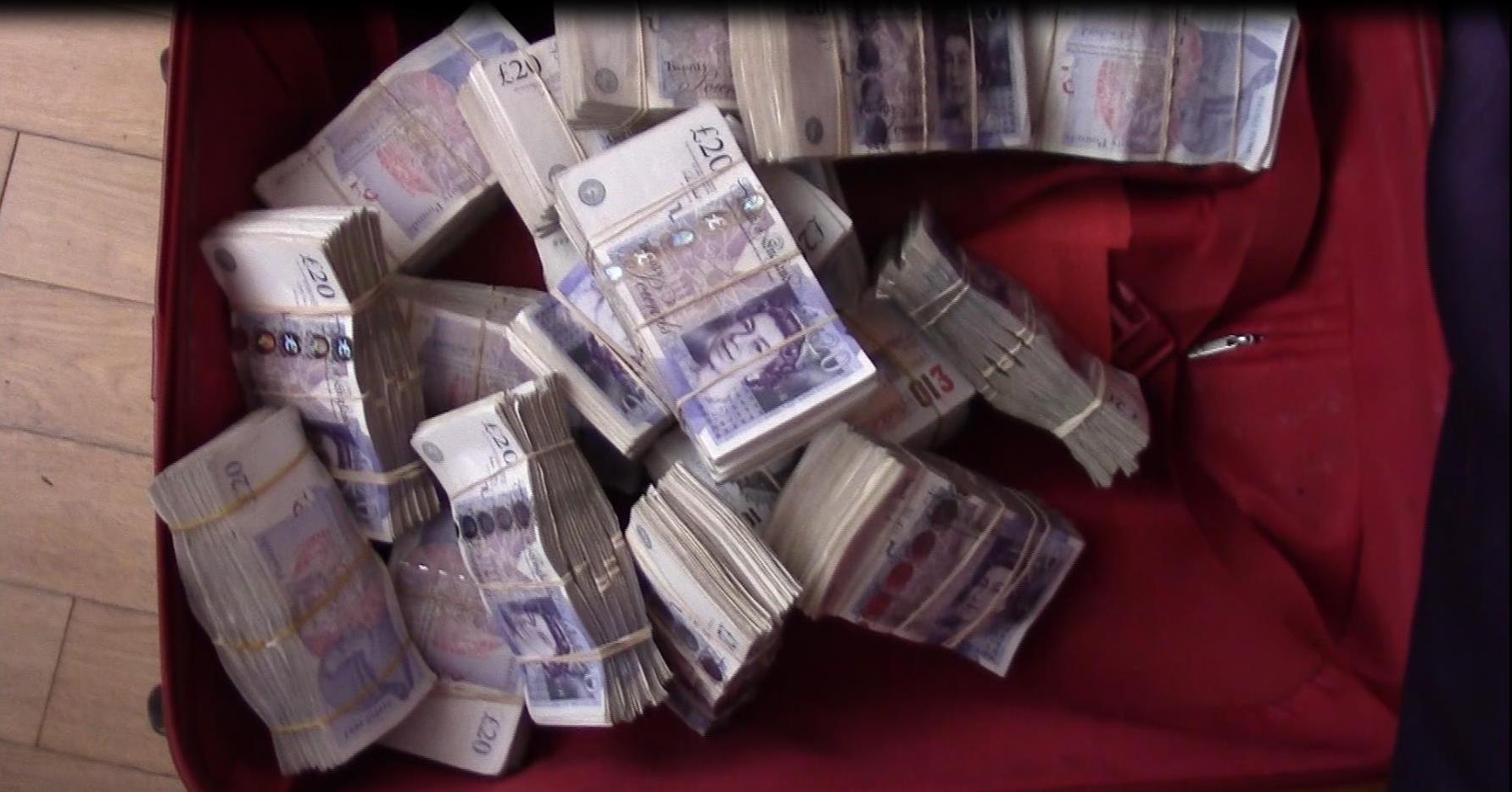 More than £300,000 in cash suspected of being the proceeds of crime has been recovered following an investigation by the joint National Crime Agency and Metropolitan Police Organised Crime Partnership (OCP).

Searches of a house belonging to husband and wife Sailesh and Harkit Singara in Edgware, north west London, revealed a total of more than £200,000. Around half of the money was neatly stacked on a bed, with another £100,000 in a suitcase on the floor.

Nearby, officers found a further £100,000 in a bag which was in the possession of Sailesh Mandalia, a business associate of Mr Singara.

Believing the money to be the proceeds of crime, OCP investigators applied for a forfeiture order – a civil process intended to recover illicit cash where there has been no proven criminal offence.

On 2nd October 2019, the order was granted at Westminster Magistrates Court,  along with instructions that the three respondents pay costs of a combined £1,895. However, Mr Mandalia and Mr and Mrs Singara appealed against the forfeiture.

The respondents, who collectively own two money service businesses, asserted that the cash was intended for legitimate business accounts, and that poor accounting over several years was responsible for any confusion.

But on 10 September 2020, the Judge at Southwark Crown Court dismissed their appeal, ensuring the full sum can be recovered.

The court additionally instructed the three respondents to pay costs of a combined £4,350.

“While the three individuals are not accused, and have not been convicted, of any crime in relation to these events, the £300,000 recovered will now go into the public purse where it can positively impact on communities.

“Money is at the heart of organised crime, and it is vital that those in possession of huge sums of cash can account for it legitimately. We at the OCP continues to tackle the criminality that generates illicit cash in London and beyond.”

“Some Money Service Businesses (MSBs) continue to pose a risk to the UK by facilitating the movement of illicit cash.  The NECC and its partners have developed an increased understanding of this threat, which is enabling more effective action against suspicious MSBs while supporting legitimate businesses.”