This month the National Crime Agency has clawed back millions of dollars from a fraud involving 700 victims. 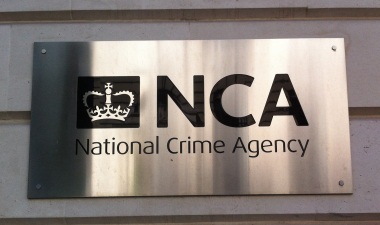 The agency’s illicit finances investigators have also retrieved hundreds of thousands of pounds in two other cases where the money is believed to be linked to crime.

It has been a busy Christmas period with the trio of results coming in quick succession.

In April the NCA’s Criminal Asset Denial team began helping authorities in the United States to trace money in the UK linked to an American $72million fraud involving around 700 victims.

As US investigators announced charges in Florida over the fraud the Criminal Asset Denial team secured a linked UK account freezing order on $2 million dollars which stops the money being moved.

On December 16 after close collaboration with US authorities, US Attorney’s Office, Crown Prosecution Service and UK Central Authorities, a restraint order was obtained enabling the money to be sent back to the fraud victims.

The order was against a man jailed in 2017 for eight and half years for conspiracy to defraud and money laundering.

The additional money (rental income) had to be paid within three months or the subject of the order faced a further 30 months in prison. The money was paid back in full on the same day.

The money came from the proceeds of a sold property belonging to a man previously convicted over mortgage fraud and a drugs trafficking conspiracy.

He was subject of a previous confiscation order in April 2019 for just over £452,000. The sale of his property took place to avoid any further profit being made on rent.

“This type of proactive work to deny fraudsters and criminals of their wealth has a real impact. Doing time is a work-related hazard for many of these people but losing their money and property often isn’t – we are determined to target criminal wealth and take it away where we can.”

NCA Asset Denial team Senior Manager Jonathan Rainer said: “We will continue to target criminal finances and explore every opportunity to disrupt serious organised crime, confiscate criminals assets and recover money belonging to victims. If at the time a confiscation order was made there was a disparity between benefit and realisable assets we keep the case under constant review and if assets are identified in the future we will seek to recover them ensuring criminals don’t profit from their crimes.