Five suspects have been arrested as part of a National Crime Agency investigation into modern slavery, cannabis cultivation and money laundering.

A man in his 30s and a woman in her 20s were arrested at a property in Romford, Essex, yesterday morning (Thursday 23rd).

They were detained on suspicion of production of cannabis, holding a person in slavery of servitude, and possession of Class A and B drugs.

Another man was arrested at the Romford address for immigration offences and remains in custody.

And as part of the investigation NCA officers also conducted searches at two properties in Burton on Trent.

Four suspects were released under investigation and one remains in custody pending immigration enquiries. 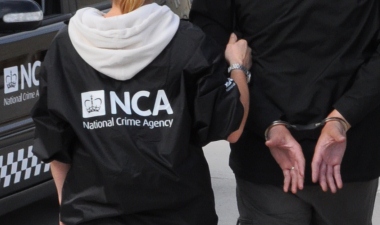 NCA operations manager Neil Gardner said: “This is a complex investigation focused on a crime group believed to be using forced labour to produce cannabis.

“We know organised crime gangs often exploit the vulnerable to further their profits, both in the production of illegal drugs and in their distribution..

“In some cases we have seen victims threatened and suffering extreme violence as the criminals exert control. This is why tackling modern slavery is a high priority for the NCA.”

The NCA assesses that the vast majority of modern slavery is almost certain to be driven by organised crime in some form, although most of the groups involved are loosely networked and of low sophistication. Some larger organised crime groups are involved and the most sophisticated often engage in other forms of serious criminality, including drugs and firearms trafficking.

On Wednesday a couple who kept vulnerable people as slaves were jailed following an unrelated NCA investigation.

Marcos Tancos and Joanna Gomulska, both 46, and of Brentry Lane, Bristol, were the ringleaders of a modern slavery and human trafficking operation in Bristol.

Tancos was sentenced to 16 years and Gomulska to nine after being convicted of keeping victims as slaves and making them work at a car wash.

Modern slavery is often hidden in plain sight. We need the public to recognise the signs and report their suspicions to the Modern Slavery Helpline or the police.

There could be victims of exploitation working in domestic servitude or forced labour on your street, in your local nail bar or car wash.