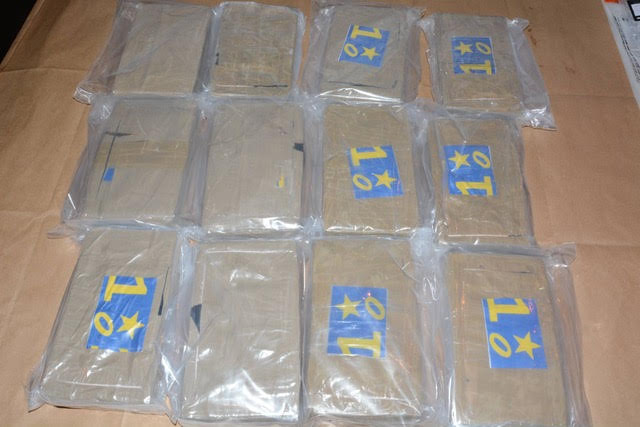 On Friday 7 June van der Genugten pleaded guilty to importation offences at Leeds Crown Court and was jailed for 10 years.

“Professional enablers like him provide an important link in the criminal chain that brings cocaine to the UK. Once here it is passed on into the hands of street gangs who have a huge impact on our communities through their involvement in violence and exploitation.

“Working with partners like Border Force we are determined to do all we can to disrupt these supply lines and the organised crime gangs behind them, preventing them from re-investing their profits in further criminality. In doing so we protect the public”.

“Border Force officers work 24/7 to keep the border secure and to prevent illegal substances, including Class A drugs, from entering the UK. In this case, we have prevented a large amount of cocaine from reaching our streets where it would have done so much damage to individuals and communities.

“We will continue to work tirelessly, in partnership with our colleagues from the NCA, to stamp out criminality like this and bring those responsible to justice.”

A 40-year-old Dutch man has appeared at Grimsby Magistrates Court this morning (Saturday 11 May) charged with drug offences after 35 kilos of cocaine were found hidden in a lorry he was driving.

Hendrik van der Genugten was stopped by Border Force officers on Thursday 9 May as he arrived at Humberside Sea Terminal, having travelled from the Hook of Holland. A search of the lorry revealed a concealment in the rear doors and officers found 35 kilo blocks of the class A drug. If cut and sold in the UK the drugs would likely have had a potential street value of approximately £3 million.

Van der Genugten was arrested by National Crime Agency investigators  and subsequently charged with importing and conspiring to supply cocaine.

He has been remanded in custody until 7 June when he will appear at Leeds Crown Court.

“This joint investigation with our Border Force colleagues has resulted in the seizure of a significant quantity of cocaine which would have made its way to towns and cities across the UK.

“Intercepting these drugs directly impacts the organised crime groups behind the importations - costing them money, disrupting their activities and damaging their reputation at the same time.

“We know there are links between drug supply and violent crime and this seizure demonstrates the NCA’s role in helping to prevent that”.