Dutch man guilty of importing £134m worth of cocaine

A Dutch man has been convicted of importing £134m worth of cocaine hidden on a yacht intercepted off the coast of Cornwall. 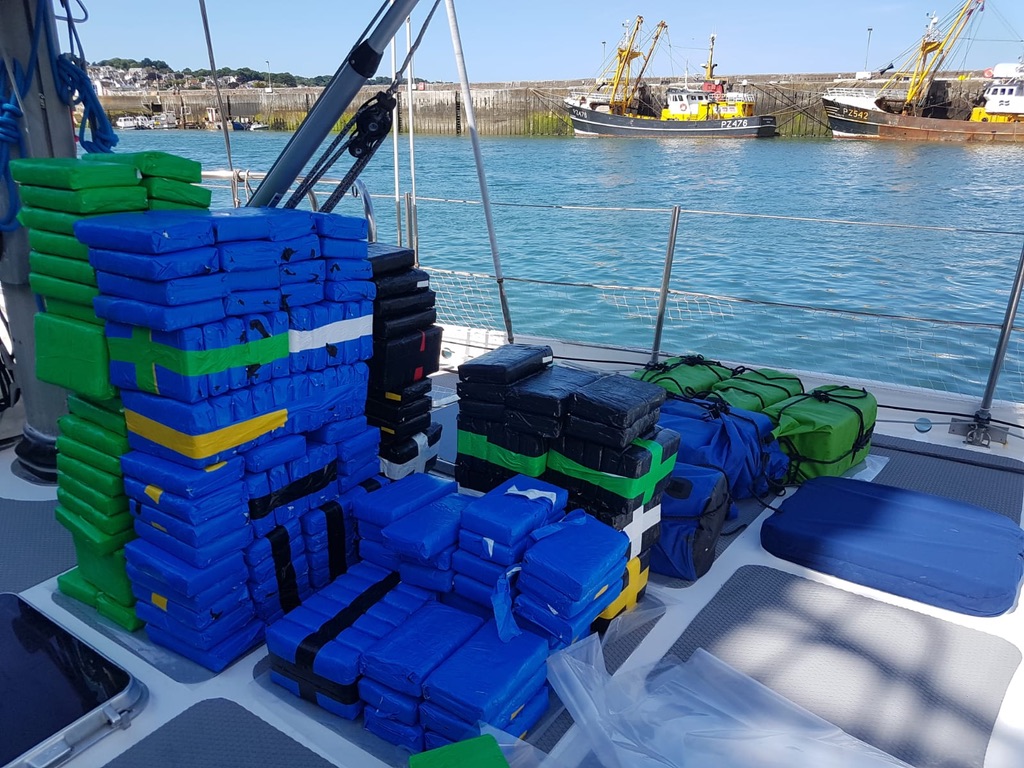 Another crew member, Emile Adriaan Jeroen Schoemaker, aged 45, who was also arrested at the time, was found not guilty by a jury today (Wednesday 26 June) following a re-trial at Bristol Crown Court.

On the 18 July 2018, the Border Force cutter HMC Vigilant intercepted the Dutch-flagged SY Marcia approximately 120 miles south west of the Cornish coast. It then escorted the 60-foot yacht into Newlyn harbour near Penzance and the following day a search of the vessel began.

NCA and Border Force officers discovered over 1,600 kilo blocks wrapped in plastic bagging in a compartment beneath the decking area at the rear of the boat. In total, 2.1 tonnes of high purity cocaine were recovered, with an estimated wholesale value of £50m.

If cut and sold on the street, the haul had an estimated value of £134m.

The yacht left Marina d'Angra, Terceira, in the Azores on the 9 July 2018, and officers believe the haul was destined for Europe. 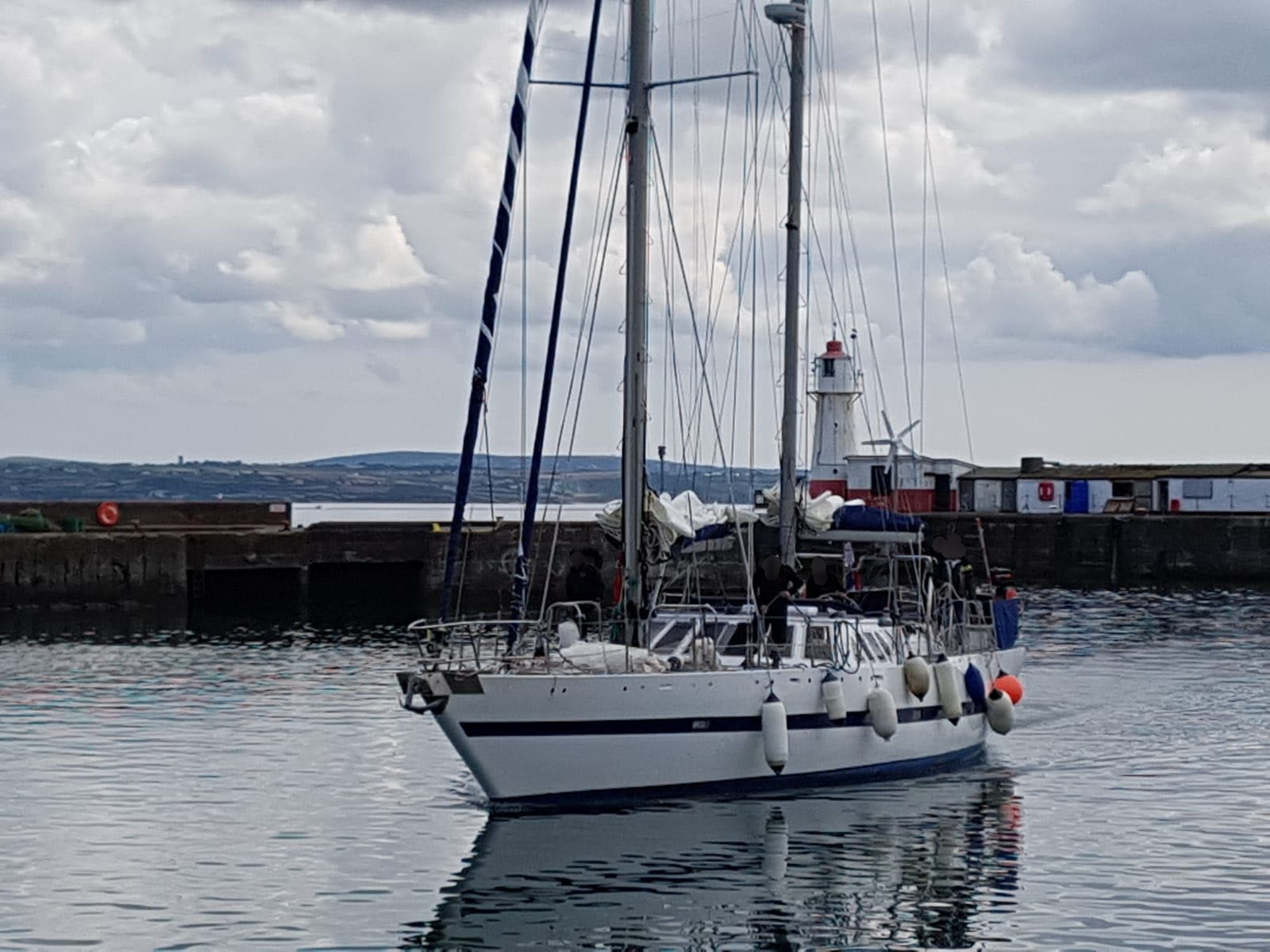 The operation involved the National Maritime Intelligence Centre (NMIC) in the UK and the joint Maritime Analysis and Operations Centre – Narcotics (MAOC-N) in Lisbon, working in co-operation with law enforcement partners in Portugal, France, the Netherlands, as well as Devon and Cornwall Constabulary.

At one point the search was halted following the discovery of a suspicious package in the bales of cocaine, but resumed after the all clear was given by a Navy Explosive Ordnance Disposal team.

Pieterse is remanded in custody and will be sentenced on 6 August Bristol Crown Court.

“This huge haul of cocaine is one of the largest seizures of class A ever in the UK, and with a potential street value of more than £130 million.

“Thanks to the international cooperation of our law enforcement partners, this vessel was intercepted, taken into port and searched, resulting in us seizing the drugs and significantly disrupting the activities of organised crime groups.

“I have no doubt these drugs were destined for the streets of Europe and the UK, to be sold by drugs gangs who are also involved in intimidation, exploitation and violence. 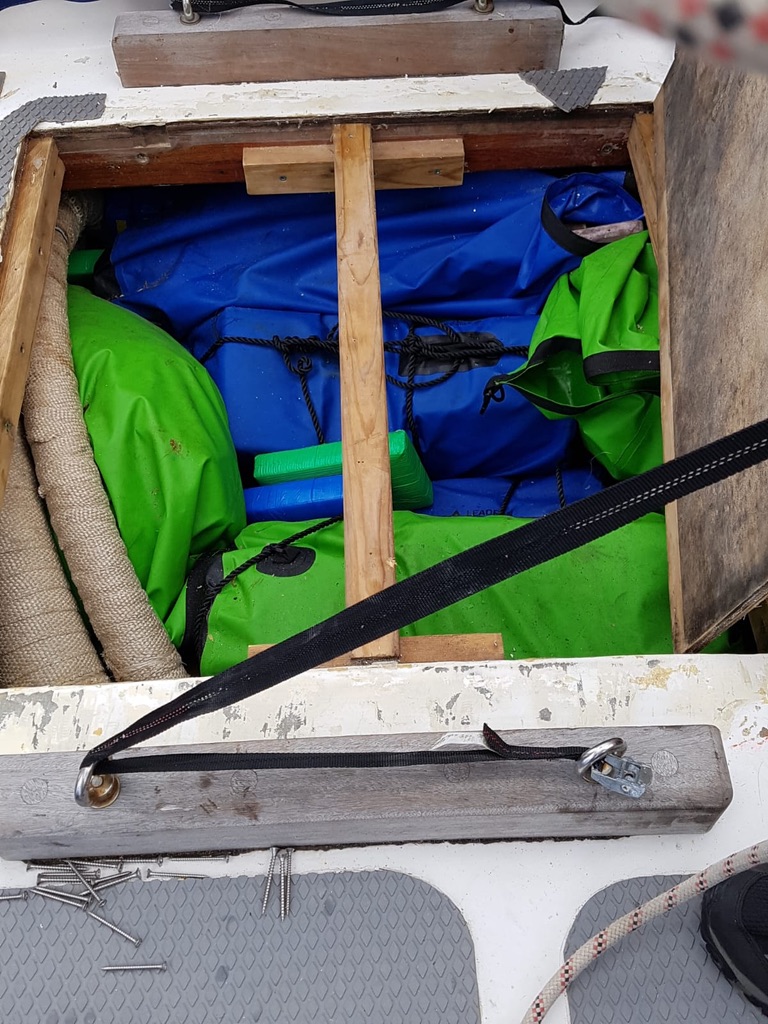 “We know the criminal trade in drugs is driven by financial gain, and the loss of the profit that would have been made from this seizure will have a major impact on the crime groups involved.

“The NCA continues to provide a key role in tackling criminal networks supplying class A drugs into the UK, and our work with partners at home and abroad to tackle the supply chain is vital to this.”

“This was a sophisticated concealment, hiding a vast quantity of cocaine, that was only detected thanks to the expertise of the Border Force’s specialist search team and cutter crew working alongside the National Crime Agency and our law enforcement partners overseas. The vessel had been specially adapted for the sole purpose of drug smuggling.

“The seizure and the conviction of Pieterse that followed is testament to the effectiveness of the multi-agency approach we take to securing the UK’s border and territorial waters.

“Working together, we will continue to do all we can to tackle those involved in smuggling, to protect our communities from the damage caused by illegal drugs and to keep our borders secure.”