A major National Crime Agency-led operation targeting a suspected organised crime group alleged to have used an insider at Sheerness port in Kent has resulted in the arrest and charging of seven men and the seizure of around 1.2 tonnes of cocaine. 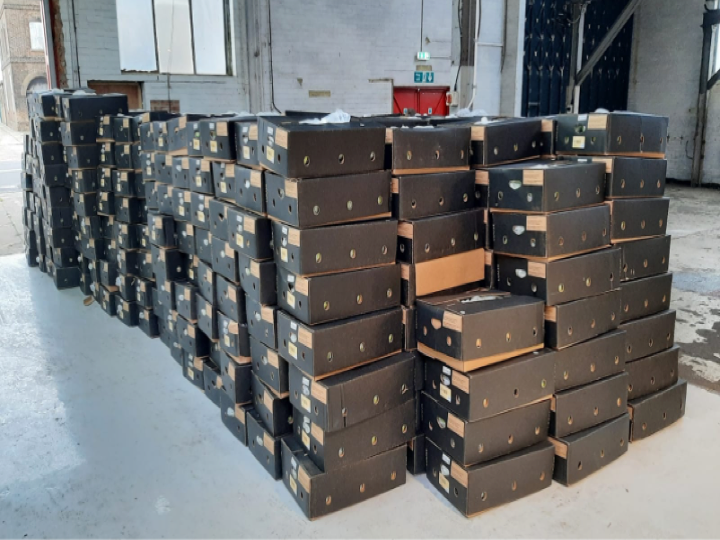 In the early hours of yesterday morning (20 December) a cordon was put around the port and more than one hundred officers - including the NCA’s Armed Operations Unit and specialist firearms teams from Kent Police - moved in to carry out the strike.

The operation follows an NCA investigation into a group suspected of plotting with a port worker to smuggle significant amounts of class A into the UK drugs market through Sheerness.

The investigation has been supported by Border Force and carried out with the co-operation of the port operator.

‘Insider threat’ or ‘corrupt enablers’ are a priority for the NCA. Selling knowledge of systems or allowing access to restricted areas allows OCGs to smuggle illicit commodities such as firearms or drugs, or the movement of vulnerable people and children through organised immigration crime.

The operation saw a 27-year-old man who worked as a security guard at the port arrested alongside five others.

A seventh man was detained at his home in Hertfordshire.

A number of properties were searched following the arrests.

After being questioned by NCA investigators all seven were charged with conspiring to import class A drugs last night, and are expected to appear before Medway Magistrates later today (Tuesday 21 December).

NCA investigators believe the drugs had arrived on a boat from Costa Rica and were hidden inside a shipment of bananas. The haul has an estimated street value of more than £90 million.

The investigation continues and anyone with information or suspicions about this type of activity is urged to contact Crimestoppers anonymously or the police via 101.

NCA Regional Head of Investigation Jacque Beer said: “Our investigation has focused on what we believe to be a dangerous group intent on importing large amounts of drugs to the UK, using insider contacts within the port.

“We know that criminal gangs target insiders within ports and airport for their knowledge and access.

“While it is rare, when it happens it represents a disproportionately large threat, which is why it is such a focus for the NCA.

“We believe this activity has thwarted those intentions and led to the dismantling of the network involved.

“This was a major operation involving a large number of law enforcement officers from the NCA, our Kent Police colleagues and Border Force, who I’d like to thank for their assistance, as well as the port operator.

“Working together we are determined to do all we can to protect the security and integrity of the UK border.”

“This seizure has prevented a significant amount of dangerous drugs from ending up on our streets, which not only reduces the harm they cause to communities but also makes a huge dent in the profits of smugglers.

“Joint working, including intelligence sharing, between our Border Force officers, the NCA and wider law enforcement partners is essential to preventing drug trafficking like this.”

In July the NCA issued a nationwide alert that furloughed port and airport workers might be vulnerable to OCGs trying to exploit the coronavirus crisis.

In recent years NCA investigations and intelligence have identified examples of OCGs targeting those working at ports and airports, parcel hubs and delivery centres.

The Agency’s 2021 National Strategic Assessment of Serious and Organised Crime stated that OCG efforts to establish new insider contacts are likely to increase as a result of the Covid 19 pandemic.

OCGs may approach workers in person, online or posing as recruiters or on some other legitimate pretext.