A Dutch van driver has been sentenced to 16 years in prison, after the National Crime Agency investigated a seizure of more than 200 kilos of class A drugs at the Channel Tunnel terminal.

On 10 June 2022 a Belgian-registered white Renault Master van was stopped prior to boarding a train from France to the UK. The driver told Border Force officers he was travelling to Ashford, would stay one night and then return.

The NCA were called in to investigate after search officers found packages of heroin and cocaine concealed within the side panels of the vehicle. 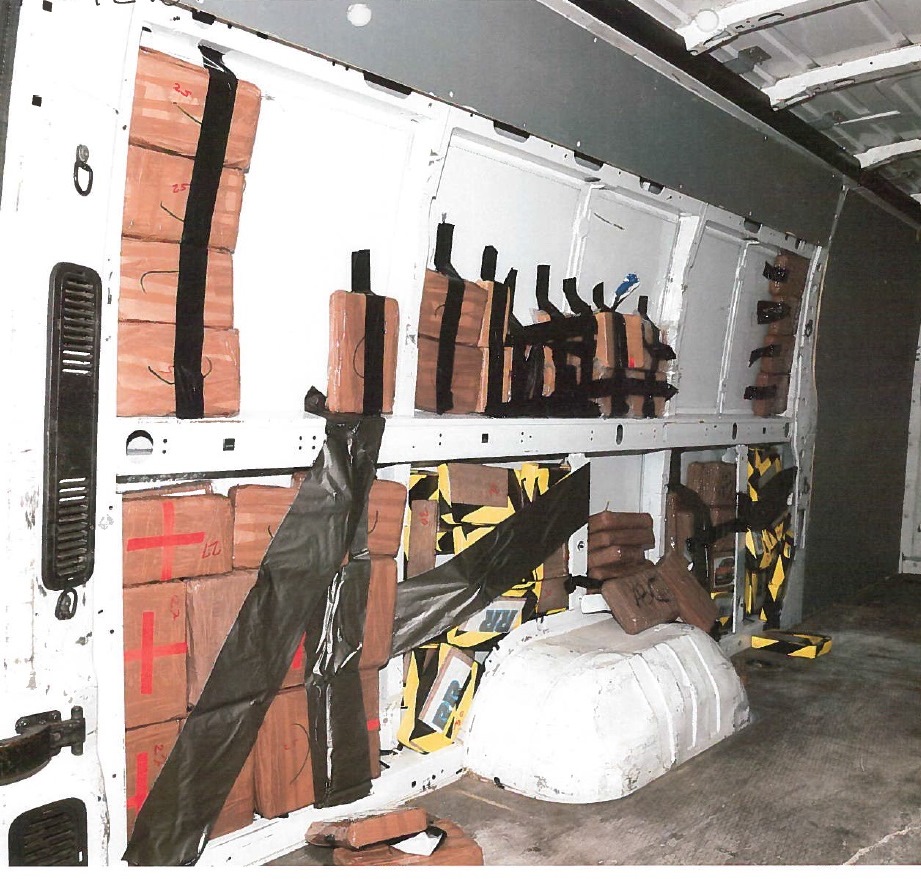 In total 74 kilos of heroin and 128 kilos of cocaine was recovered, which NCA forensic experts believe would have had an approximate UK street value in excess of £12 million.

Half an hour later a second van was stopped, driven by 61-year-old Abraham Schrier, from Goes in the Netherlands. He also stated he was travelling to Ashford and would stay over one night.

No drugs were recovered from his vehicle, but an electric drill set, socket and bolts matching those recovered from the panelling on the first van were found, indicating he had been involved in concealing the drugs.

Schrier initially denied this during interviews with investigators, but he was charged with importing class A drugs.

On Wednesday 21 December, following an eight-day trial at Canterbury Crown Court, a jury found him guilty and the judge gave him a 16 year jail sentence.

The driver of the first van, 69-year-old Marius Verschueren from the Borgerhout area of Antwerp in Belgium, was found not guilty.

“The evidence we were able to provide showed that Schrier was a key component in this importation.

“This was a significant seizure of class A drugs which would have ended up in the hands of the type of street gangs directly involved violence and exploitation in our communities.

“Schrier may have been one step removed from those gangs, but his part shouldn’t be diminished. Couriers like him are vital to the business model of the organised crime networks involved in international drug trafficking.

“It is the NCA’s job to target and disrupt those upstream networks, and working with partners like Border Force we are determined to do all we can to stop them.”

“Drugs are a plague to our society, fuelling violence on the streets which communities across the UK are forced to endure.

“This seizure demonstrates the close cooperation between Border Force and the NCA, preventing harmful substances from entering our communities while reassuring the public that we will always remain committed to keeping them safe from the despicable illegal smuggling of dangerous drugs.”