Two more people have been arrested as part of a National Crime Agency investigation into a suspected criminal network involved in supplying inflatable boats to people smugglers. 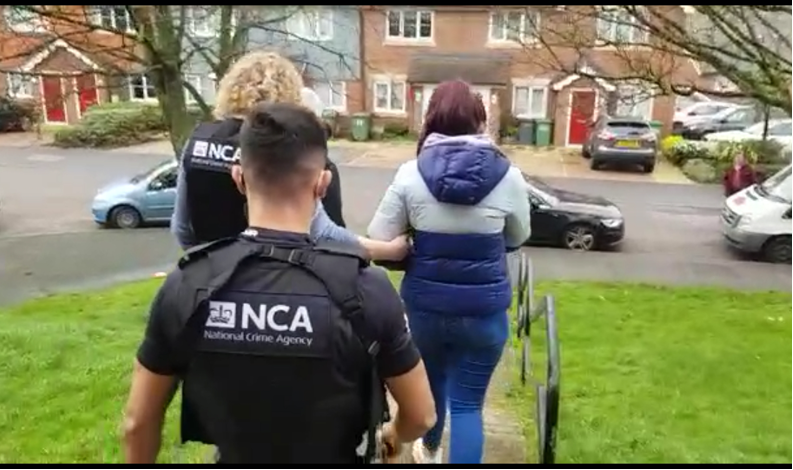 Officers believe the group were involved in the purchase of at least six vessels in the UK, which have subsequently been moved to France or Belgium.

Three of these boats have been recovered in the UK, having been used to bring migrants across the Channel.

One was found in St Margaret’s Bay in Kent on 2 September, a day in which around 400 people reached the UK using small boats.

An 18-year-old Lithuanian national woman was detained at an address in The Cheviots, Hastings, by NCA officers this morning on suspicion of facilitating illegal immigration.

A 20-year-old Syrian man was also arrested at an address in London Road, St Leonards-on-Sea. They are both now being questioned.

Today’s operation follows the arrest of a 30-year-old man in Battle Road, Hastings, last month as part of the same operation. He was subsequently released under investigation.

“This operation demonstrates that not only are we going after the people smugglers themselves, but we are also targeting their business model by targeting their suppliers.

“These Channel crossings are incredibly dangerous, as shown by recent and historic mass fatalities, and the criminals who organise them are simply exploiting migrants by taking their money and then putting them in life-threatening situations.

“People who willingly make that possible, whether it be through providing social media advertising, financial services or supplying boats, can expect to be pursued by the NCA and held accountable.

“Our investigation into this particular criminal enterprise continues.”

The NCA has around 50 ongoing investigations into networks or individuals involved in the top tier of organised immigration crime.

This investigation is being supported by Project Invigor – the immigration crime taskforce led by the NCA, but also including Immigration Enforcement, Border Force, the CPS, and French law enforcement.

"Organised Immigration Crime is a chronic threat and, the scale and complexity evolves all the time.

“We are working closer than ever with our partners, and this is bringing operational results in the form of arrests and prosecution.

“The NCA is targeting and disrupting crime groups at every step of the route – in source countries, in transit, near the UK border in France and Belgium, and those operating inside the UK itself.

“We also established and lead a Joint Intelligence Cell with the French police. In the four months since it has been operational, the unit has been involved in around 140 arrests and prevented nearly 1,100 migrants from crossing by small boat.”