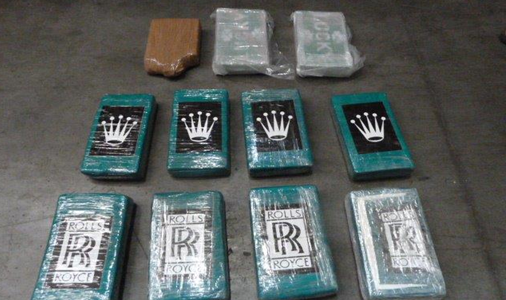 A Polish truck driver has been jailed for twelve-and-a-half years following an investigation by the National Crime Agency into an attempt to smuggle almost £2 million worth of cocaine into the UK.

Erwin Jozef Kuchowicz, 37, from Zaniemyśl, Poland, was stopped by Border Force officers at Dover in December 2019. They found 24 kilos of cocaine hidden in a locker inside the cabin of his truck.

Once cut and sold the drugs would have had an estimated street value of £1.9 million.

Kuchowicz was arrested and interviewed by NCA investigators. Several hours after his arrest he changed his story, claiming that two men had stopped him at a service station and issued threats against his family if he didn’t carry the drugs.

NCA investigators worked with Europol and the Polish police to disprove his story, and he was charged.

On Friday 4 September, following a two day trial at Canterbury Crown Kuchowicz was found guilty of importing class A drugs and sentenced to twelve-and-a-half-year jail sentence.

Andrea Wilson CBE, Regional Head of Investigations for London East and South East, NCA said “Erwin Kuchowicz was attempting to smuggle a significant quantity of cocaine into the UK.

“Organised crime groups involved in drug trafficking are often also involved in violence and exploitation, so cutting off their supply lines and profits reduces the harm they can cause to our country.

“They also need the services of people like Kuchowicz to transport contraband across borders, so this serves as a reminder that those who attempt to smuggle drugs face being punished with a substantial prison sentence.”

Minister for Immigration Compliance and the Courts Chris Philp said: “The actions of Border Force officers prevented these drugs from reaching the streets, where they can do so much damage to individuals and communities.

“We will continue to collaborate with law enforcement partners like the NCA to ensure drugs smugglers face the full force of the law.”