Trio arrested as more than £60k cash seized in Birmingham

National Crime Agency officers have arrested two men and a woman after £62,700 cash was seized as part of an operation into drugs supply and money laundering in Birmingham. 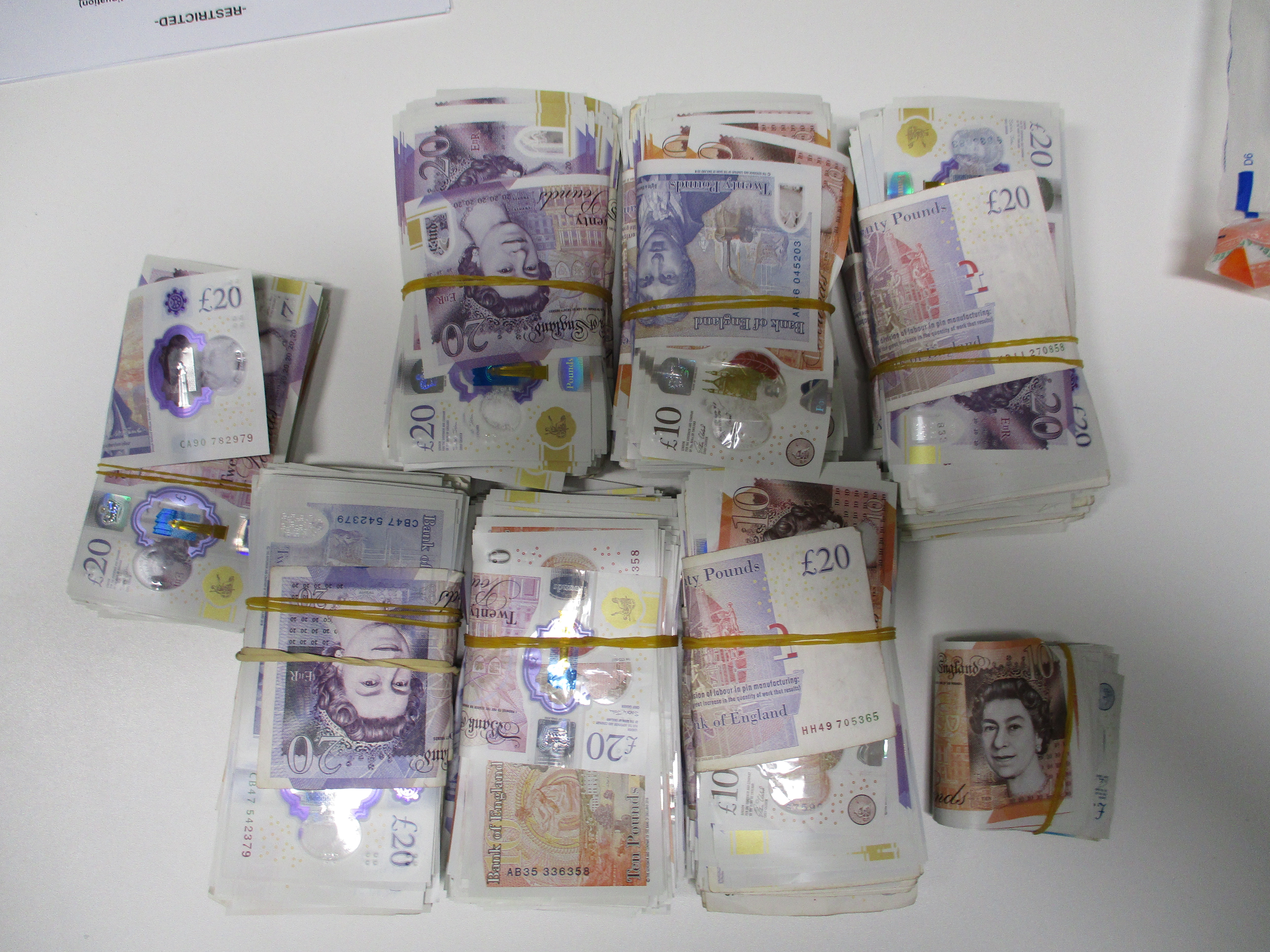 A man, 27, and woman, 24, were stopped by Central Motorway Police Group officers, travelling together on the M6 at j10 yesterday evening (Thursday 21 May). The woman was found with £2,700 cash and a further £30,000 was discovered in the glovebox of the car.

Officers from West Mercia police then stopped a second car and arrested a man, 32, near to j5 on the M6, finding a further £30,000 cash in his boot.

All three were arrested on suspicion of conspiracy to supply drugs and money laundering and remain in custody for questioning.

National Crime Agency Operations Manager, Jim Cook, said: “Seizing cash has a major impact on criminal networks involved in drug trafficking and prevents them from reinvesting their profits in criminality.

“Thanks to the support of our the Central Motorway Police Group and West Mercia Police we have what we believe is criminal cash. We will continue to work with partners to protect the public.”