Three men have appeared in court charged with drug supply offences, after cocaine worth up to £2 million was seized in a National Crime Agency operation.

It came after NCA officers witnessed what they suspected to be a handover of drugs outside an industrial unit in Bridgnorth, Shropshire, on Wednesday 14 September.

A white Mercedes van was later stopped by officers from the Central Motorway Police Group, who were working with the NCA, on the A5 at Gailey just before the M6 junction 12. 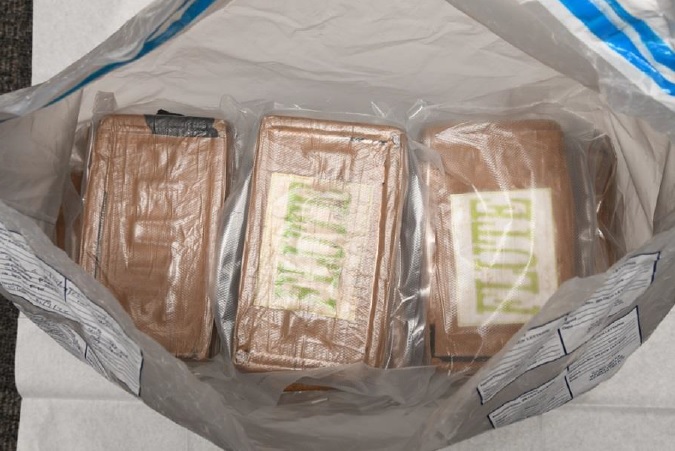 A bag containing 25 kilo blocks of cocaine was discovered in the rear of the van. NCA experts believe the cocaine could have had a potential street value of up to £2 million.

The occupants of the van, Andrew Worby, aged 43 and from Shipley, West Yorkshire, and Onasis Depass, aged 31 and also from Shipley, were arrested.

A short time later Tayyab Iqbal, aged 31, was arrested by NCA officers at his home in Coventry Road in Birmingham.

All three men were later charged with conspiring to supply class A drugs. Iqbal appeared before Walsall Magistrates on Thursday 15 September and was remanded in custody until his next court appearance on 14 October at Birmingham Crown Court.

Worby and Depass appeared at Newcastle-under-Lyme magistrates and were remanded to appear at Stoke Crown Court on 17 October.

“This operation has prevented a significant quantity of class A drugs from making it onto our streets, where they would have been sold to fund further criminality.

“Working with our law enforcement partners we are determined to do all we can to target the organised criminal networks involved in drug supply, and I’m grateful for the support of our policing colleagues in this case.”