Three men have been charged in the UK and Netherlands following the seizure of over 50 kilos of class A drugs in a joint operation involving the National Crime Agency and Dutch law enforcement. 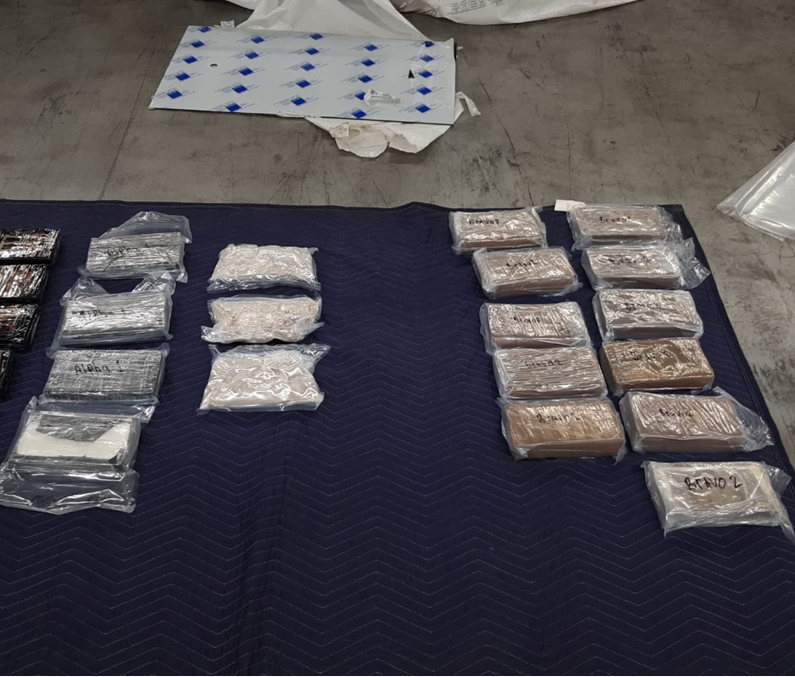 Mark Youell, 63, Alfred Rumbold, 64, and Brian Wright, 72, were arrested on 29th July as part of an ongoing NCA investigation into a transport firm allegedly involved in drug trafficking.

Wright, from Folkestone in Kent, was detained by Dutch police as he slept in his removals lorry north of Utrecht.

The drugs – 30 kilos of heroin, 20 kilos of cocaine and three kilos of MDMA - were recovered from the rear of the truck. If sold in the UK they would have had a potential street value of £3.2 million.

Shortly afterwards NCA officers moved in to arrest Youell and Rumbold at their homes in Clacton, Essex, and Orpington in Kent.

All three men have since been charged on suspicion of importing class A drugs.

The investigation forms part of Operation Venetic, which has seen hundreds of people arrested in the UK following the infiltration of the encrypted communications platform Encrochat.

Youell and Rumbold are due to appear at Medway Magistrates Court tomorrow, Saturday 1st August.

“This operation has prevented millions of pounds of dangerous class A drugs from reaching the UK, where they would have been sold on by gangs involved in violence and exploitation.

“It demonstrates the value of international co-operation in combatting organised crime.

“Our investigation into the circumstances surrounding this seizure, and those suspected of being behind it, continues.”