A tennis playing born again Christian has been jailed for molesting two boys over a 20-year period. 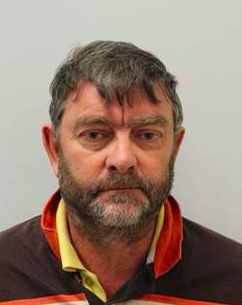 Retired stock broker John Ridley, 65, had access to the victims through a tennis club and a church-run youth charity.

He was found guilty at Southwark Crown Court of three counts of indecently assaulting one victim between March 1987 and March 1995 when he was aged six to 13.

And he was convicted of two counts of sexually touching another victim aged 12 to 15 between June 2004 and May 2008.

National Crime Agency officers arrested Ridley on suspicion of possessing indecent images of children on 22 February 2018 when he landed at Heathrow Airport from Peru.

Several weeks later a man alleged that Ridley repeatedly sexually assaulted him by spanking him between 2004 and 2008 when he was around 13-years-old and played tennis at a north London club.

Ridley was captain of the team and gave the boy money for playing in adult doubles matches when they were short of players.

But one day Ridley told the boy he owed him £200 and that if he did not pay it he would spank him.

Ridley, of Leicester Road, Barnet, drove the victim to a nearby forest where he sexually assaulted him.

Ridley continued paying the boy but again demanded the money back or he would spank him again.

This time he made the boy attend his house where he beat his bottom with a stick.

In September 2018 the second victim told the NCA that Ridley repeatedly sexually assaulted him when he was a boy.

Ridley – who volunteered at the charity – used to give boys cash but would beat them for misbehaviour. The victim said Ridley would drive boys somewhere secluded in his car and put them face down in his crotch before spanking them.

In interview, Ridley told NCA officers he was a born again Christian and had volunteered abroad .

Ridley told investigators: “I’m a Christian and we are told to go and tell everybody about Jesus…

Ridley was convicted in February and jailed for five years in April.

A reporting restriction was made because he was due to stand trial today accused of 16 counts of making indecent photographs of children.

The Crown Prosecution Service discontinued the charges but they will lie on file.

Ridley’s electronic devices contained more than 2,000 images of young boys who were variously naked and in their underpants.

Martin Ludlow, NCA operations manager, said: “John Ridley abused his position of trust to get close to these young boys and sexually assault them over many years.

“It was a gross betrayal of the faith placed in him and he has shown no remorse for his actions.

“The victims have lived with the pain of these crimes for a long time while Ridley walked free.

“They were immensely brave to come forward and I hope Ridley’s convictions will bring them some comfort.”

Ridley has been made to sign the sex offenders register indefinitely, given a 10-year Sexual Harm Prevention Order and banned from working with children or vulnerable adults.