A man wanted by the National Crime Agency for money laundering offences has been handed over to face charges in Northern Ireland. 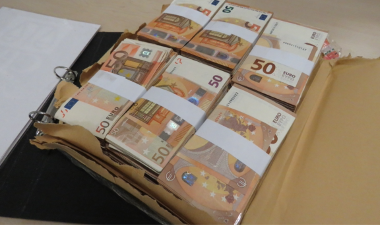 41-year-old Mark Adams from Malahide in Dublin was transported by the Irish authorities to the border just south of Newry yesterday (18 August) where he was picked up by NCA officers.

Adams was wanted in connection with his arrest at Belfast International Airport in May 2018, when more than 180,000 Euros was found in his luggage.

He was subsequently released on bail but failed to return, and in January 2020 a European Arrest Warrant was issued.

Following the extradition yesterday Adams appeared before Antrim Magistrates charged with three counts of money laundering. He was remanded in custody until his next court appearance on 7 September.

“We are grateful to the Irish authorities for their assistance in extraditing Adams back to Northern Ireland to face money laundering charges. It demonstrates our commitment to work together to tackle organised crime impacting on both sides of the border.”