The pair, aged 44 and 73 were detained on suspicion of the production of class B drugs at the rented property in Barnston Way, Hutton, on Friday afternoon (18 November).

An estimated 15 to 20 kilos of drugs were found, along with lab equipment used in their production.

Specialist search officers from Essex Police assisted the NCA in the operation, which continued through Saturday. 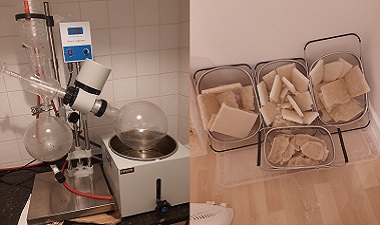 The 73-year-old man has been bailed pending further enquiries, while the 44-year-old remains in custody.

“We suspect the flat was being rented exclusively for the purpose of housing a drugs factory capable of producing large quantities of ketamine.

“Alongside colleagues from Essex Police we have dismantled it and safely removed the equipment inside. I’d like to thank them and other local partners including the fire service and ambulance for their assistance, and reassure the public that a full investigation is taking place.

“Working with our policing partners we are committed to tackling the drug trade, which harms communities and fuels further crime.”