A suspected drug trafficker has been arrested just a day after he was named as one of the UK’s Most Wanted.

Joshua Hendry, 30, was arrested in San Pedro de Alcantára, Marbella on Thursday evening by the Spanish National Police’s fugitives unit after an off-duty police officer recognised him from the publicity. 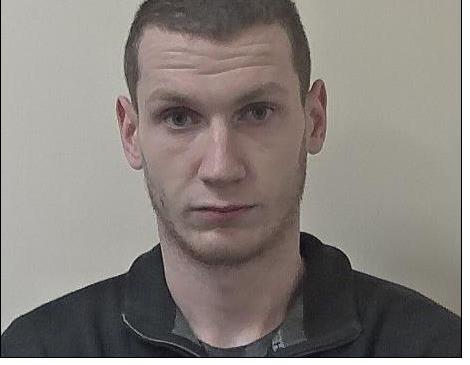 Hendry, formerly of Walton, Liverpool, was wanted by Humberside Police.

He is alleged to have trafficked heroin and cocaine from Liverpool to Grimsby for onward distribution.

He has been taken into custody and will appear in court soon as part of extradition proceedings.

Hendry and 11 other fugitives were revealed on Wednesday as the National Crime Agency launched its new most wanted campaign run in conjunction with independent charity Crimestoppers, Spanish law enforcement and UK policing.

Tom Dowdall, NCA Deputy Director of International, said: “This is a rapid result and it’s testimony to the power these appeals can have as well as the NCA’s international reach.

“Whether it’s using tip-offs from the public, sharing intelligence or deploying specialist capabilities, UK law enforcement and our Spanish partners are working as one to trace and arrest the other 11 fugitives.

“Those men will know now that we’re after them. They can live their lives anxiously looking over their shoulders and wondering if today’s the day they get caught or they can do the right thing and hand themselves in.”

Chief Inspector Rhodri Troake of Humberside Police said: “We’d like to thank the National Crime Agency for their assistance in locating and arresting Hendry as a part of an efficient and fast-moving operation.

“Hendry is alleged to have trafficked heroin and crack cocaine from Liverpool to Grimsby for onward distribution within our local communities.

“This type of criminality can cause significant disruption to our local communities and we will continue to do everything we can to continue to bring those responsible to justice.”

Founder and Chair of the charity Crimestoppers, Lord Ashcroft, said:

“Having this fugitive arrested within days of his details being publicised shows the value of our joint campaign with the NCA. Remember, if you know the whereabouts of any of the other Most Wanted individuals who have so far evaded justice, you can tell our charity what you know. We guarantee you’ll stay completely anonymous.”

Anyone with information about any of our Most Wanted can contact the Crimestoppers anonymously on 0800 555 111, and callers in Spain should call the freephone Spanish number 900 926 111. There is also the online reporting form which can be completed via crimestoppers-uk.org/fugitives.