A Lancashire man has been jailed for repeatedly raping and sexually assaulting two young children. 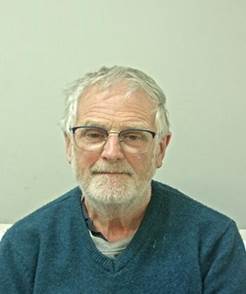 Nigel Turner, 72, from Morecambe, was arrested by National Crime Agency officers in November 2021, after he distributed multiple indecent images of the children (IIOC) via an online messaging app.

Some of the images, which he shared using an account created with a false name, showed him sexually abusing one of the children.

When arresting him, officers seized his phone for analysis. On it, they found a collection of images and videos which showed he had raped and sexually assaulted two children, as well as engaging in sexual activity in front of them on multiple occasions.

Although Turner’s face cannot be seen in the images, NCA investigators were able to identify him as the suspect from clothing, jewellery and voice recognition.

Turner pleaded guilty to all 21 charges in December last year. Yesterday [14 March 2022] he was sentenced to 20 years in prison at Preston Crown Court.

Turner was also given a lifetime Sexual Harm Prevention Order, and was put on the Sex Offenders Register for life.

Hazel Stewart, from the National Crime Agency, said: “Turner carried out the most serious sexual abuse on these children.

“His crimes are truly incomprehensible.

“After capturing the abuse on his phone, Turner shared it with others online using a fake profile, in an attempt to mask his identity.

“Clearly he thought this would save him, but the NCA has the capabilities to disrupt offenders who use anonymisation techniques, and we are focusing those capabilities on catching the most dangerous of criminals.”