A man has been charged with being involved in a conspiracy to smuggle 17 men, women and children into the UK in the back of a van. 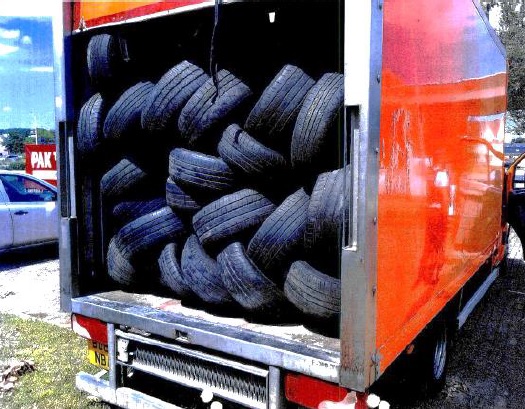 Romanian national Vasile Costache, aged 53, previously of Hounslow in London, was arrested by National Crime Agency officers at Luton airport on Monday 27 September. He was about to board a flight to Bucharest.

His arrest was linked to an operation in June 2019 which saw a British-registered Mercedes van intercepted by Dutch police, who were working with the NCA.

The van had loaded the migrants on board near Breda in the Netherlands, and was travelling towards the Hook of Holland where it was booked on a ferry to Harwich.

Dutch police found 17 people hidden in special wooden compartments and blocked in behind a wall of tyres. The group included five children, aged between five and 14-years-old, and a pregnant woman. All were Afghan nationals.

The driver of the van was arrested and prosecuted by the Dutch authorities, receiving a 40-month jail term at a court in Rotterdam last year.

Costache, who also uses the name Vasile Matei, is alleged to have worked with a number of other people to organise the attempt, and was due to travel to Harwich to meet the group when they arrived.

After being questioned and then charged with conspiring to facilitate illegal immigration, he is due to appear before Uxbridge Magistrates today (29 September).

The arrest was part of a wider NCA investigation into money laundering and organised immigration crime which has so far seen 18 people charged, including four others charged over the June 2019 Dutch incident.

They are all due before Croydon Crown Court for a hearing on 4 October, with a trial provisionally listed for 9 January 2023.

“This arrest is a significant moment in a long and complex investigation, and is the final piece in the jigsaw, with all those alleged to be involved now charged.

“In this particular case we were able to work with our Dutch counterparts to prevent a group of people, some of whom were extremely vulnerable, making an incredibly dangerous journey in horrendous conditions.

“For this reason, tackling the organised crime groups involved in people smuggling is a priority for the NCA.”