A Derbyshire pensioner and registered sex offender who paid to live stream the sexual abuse of children has been jailed. 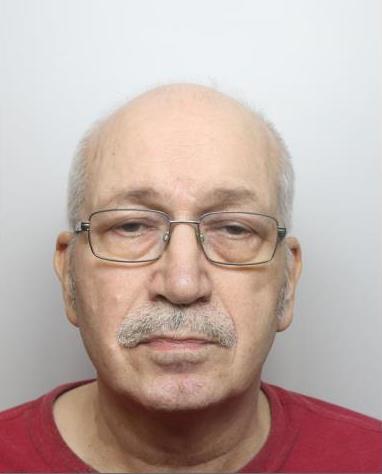 David Stevenson, 70, from Chaddesden, was arrested by National Crime Agency officers in May 2020 after an investigation revealed he paid individuals in the Philippines and Ghana to carry out child sexual abuse.

These included a 32-year-old Filipino woman who was arrested in February 2020 for the production and possession of indecent images of two children, aged six months and 10 years.

She advertised live streamed abuse online and was linked to a video showing a prepubescent girl performing sex acts.

NCA investigators seized three devices after arresting Stevenson, and established that he’d made more than 200 payments totalling £5,500 between February 2018 and May 2020.

When interviewed, he claimed he had only been engaging with adult women - predominantly in the Philippines but also in Africa – and denied any interaction with children.

He was released under investigation while the devices were forensically examined.

Officers found 71 indecent images of children (IIOC) in categories A-C (A being the most severe), with evidence Stevenson had searched for terms such as ‘nude Filipino schoolgirls’ and ‘young petite sweeties’. He had also visited sites called ‘teen sex galleries’, ‘young teen strip’ and ‘African teen’.

Stevenson also made sexually explicit comments about young girls during a chat with another user on a messaging service.

In a further interview, he admitted regularly forwarding money via international transfer to women in the Philippines and that he had been in an online relationship with a woman there for the past 17 months.

He admitted paying the 32-year-old Filipino woman, who he described as a sex worker, but denied viewing any child sexual abuse material.

He also admitted using the search terms but claimed that the sites were largely fantasy, and implied that many of them contained images of adults purporting to be children.

In January 2018 Stevenson was convicted of engaging in sexual communication with a child, for which he was also given a seven-year Sexual Harm Prevention Order (SHPO) and a six-year Sex Offender Notification Requirement.

There is evidence that he deleted files from one of the devices examined by NCA investigators following his arrest in 2020, which was a breach of the SHPO.

Stevenson was charged with six counts of making IIOC, one count of possessing IIOC and one count of breaching his SHPO. He pleaded guilty to all the charges at Derby Magistrates’ Court on 28 April this year, and was sentenced to 20 months imprisonment and given a seven-year SHPO at Derby Crown Court today (26 September).

NCA Operations Manager Graham Ellis said: “Stevenson was under the illusion that he could sit at home and view abuse of children thousands of miles away, for his own pleasure, without fear of being caught.

“Those engaged in live-streaming child sexual abuse are exploiting vulnerable victims, and present a grave risk to children wherever they are.

“The Philippines remains a hub for this type of offending. The NCA works closely with law enforcement partners there to identify and pursue those responsible for facilitating abuse, and to protect victims.”

The NCA collaborates with the Philippine Internet Crimes Against Children Centre to help combat this type of offending.