Two men have been jailed for over 14 years after being caught in a gun handover as part of a National Crime Agency investigation.

In December 2019, surveillance officers from the NCA Armed Operations Unit watched Kristian Romanov, 24, as he met Kristyan Hristev, 30, at his house in Parr’s Head Mews, Rochester. 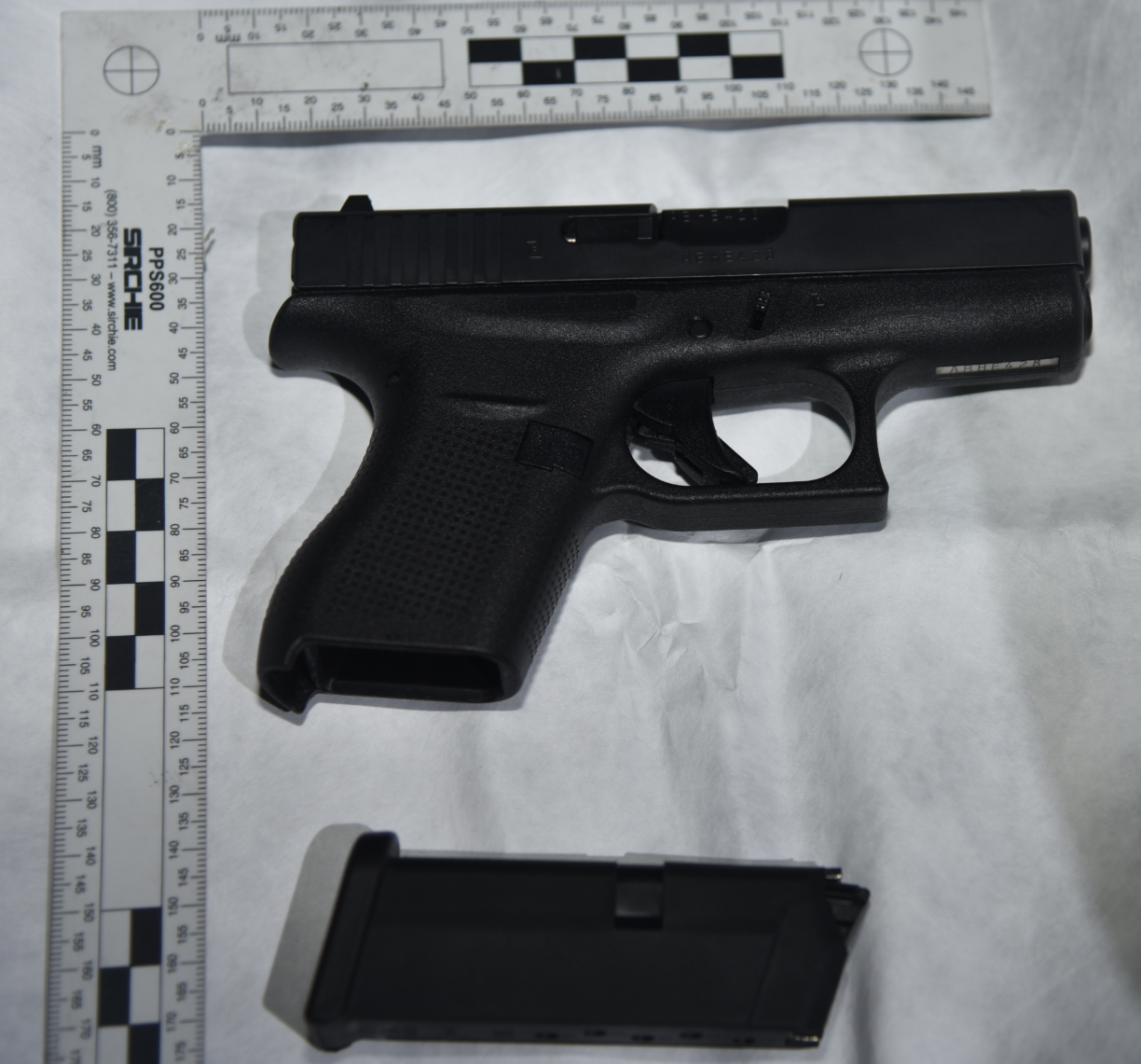 Romanov picked up a rucksack from Hristev and was arrested, along with his two passengers, after driving a short distance away from the property. Officers recovered a Glock 42 firearm with a number of rounds of live 9mm ammunition from the rucksack.

NCA officers, supported by Kent Armed Police units, then surrounded Hristev’s house and he and his housemate were arrested as they emerged some two hours later.

Officers searching the rooftops of the surrounding properties found over 17g of cocaine and a further cache of bullets, identical to those recovered from Romanov, which had been thrown out the window as the house was surrounded.

On 27 May Hristev and Romanov, both Bulgarian nationals, pleaded guilty to the possession and supply of a firearm and ammunition at Maidstone Crown Court.

Yesterday (01/09/2020) they were sentenced to nine years and five years and seven months in prison respectively.

The other three men arrested as part of this investigation were released with no further action.

Eddie McGrann, from the NCA Armed Operations Unit, said: “The NCA continues in its fight to combat serious and organised crime, particularly crime that involves firearms that can have significant impact on our communities.

“Our priority is to protect the public; we will work with our International and domestic partners using all investigation methods to bring offenders to justice”.

“I would like to thank the Crown Prosecution Service, including specialist prosecutor Tim Burton, Kent Police, and the National Firearms Targeting Centre for their support during this investigation.”

Tim Burton, specialist prosecutor in the Crown Prosecution Service's Organised Crime Division, said: "We worked closely with the NCA to prove with phone data and DNA evidence that the gun and ammunition seized had been transferred from Hristev to Romanov."