Three people have been charged after an amphetamine lab was found near Redditch on Tuesday (27 April). 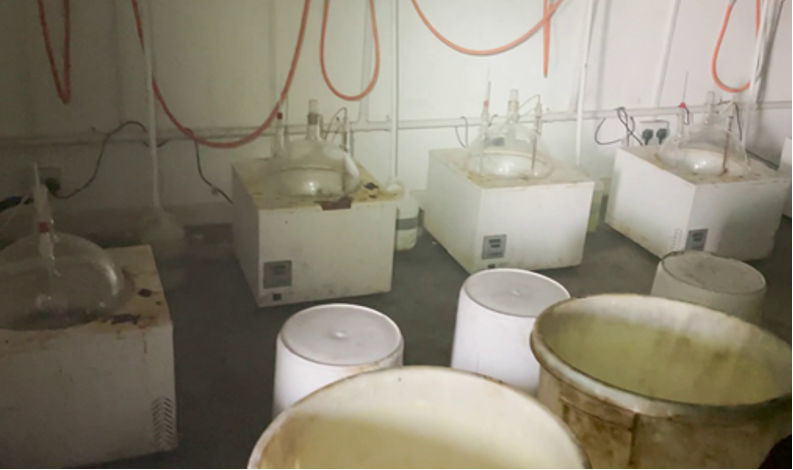 All three are due to appear at High Wycombe Magistrates’ Court today (29 April).

A 28-year-old woman and 36-year-old man – arrested at a building on the same site as the lab on Ullenhall Lane – have been bailed.

Members of the organised crime group were believed to be running the drugs operation using the encrypted phone network EncroChat.

The NCA believes they were producing around one tonne of amphetamine per month – worth £2million at wholesale and up to £10million at street level – for distribution to criminals throughout the country.