A drugs supplier has been jailed for 15 years in a National Crime Agency investigation. 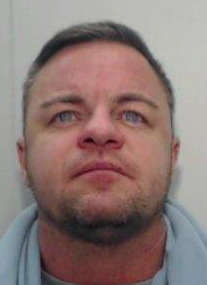 Midgley used an encrypted EncroChat phone to arrange his drug deals until the platform was taken down in 2020.

An investigation was launched into him under Operation Venetic – the UK law enforcement response to the takedown of EncroChat.

Midgley accepted that he was supplying cocaine before that period because a ledger of his deals was found in the EncroChat data. The ledger shows that between September 2019 and March 2020 he was involved in 28 cocaine details and one heroin deal.

He sent a fellow EncroChat user a picture of £100,000 in cash and employed a courier for his handovers.

Unemployed Midgley was arrested at home in December 2021.

Inside the property were many items of costly designer clothes and handbags – some worth £3,500 each, a Rolex Daytona watch, around £7,000 in cash and evidence that the house was being expensively refurbished.

There is a separate proceeds of crime investigation ongoing into Midgley, who was jailed yesterday.

NCA operations manager Dean Wallbank said: “Faced with overwhelming evidence against him, Midgley had no choice but to plead guilty.

“The NCA works with partners at home and abroad to fight the threat of Class A drugs.

“We will continue to do everything we can to protect the public from the harm that individuals like Midgley cause.”