A criminal boss who used encrypted phone network EncroChat to run his drugs operation has been jailed for seven years and four months. 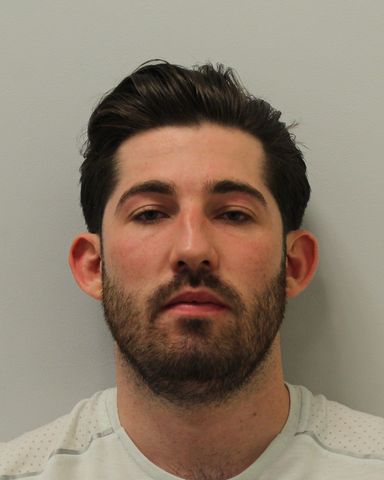 Following a multi-agency investigation carried out by officers from the Organised Crime Partnership, a specialist team of Metropolitan Police Service and National Crime Agency officers, it was discovered that Dylan Broderick, 26, from Wembley used EncroChat to run his drugs operation. He arranged the transportation of cocaine worth around £280,000 to London and the Home Counties, during one three month period alone.

Broderick was arrested by OCP officers on suspicion of conspiracy to supply Class A drugs on 23 June 2020, as he got into his car in the underground carpark of his flat on Exhibition Way, Wembley. Upon searching his flat officers seized an EncroChat phone, as well as around £15k in cash and two Rolex watches worth around £40k.

Messages analysed in June 2020 as part of Operation Venetic – the UK investigation into the encrypted messaging platform EncroChat – provided evidence of his drug-dealing operation. Using the handle ‘Immensescarab’, Broderick sent thousands of messages plotting to transport cocaine across London and the Home Counties, as well as images of Class A drugs.

It was evident from the messages that Broderick had multiple drivers working for him to deliver the drugs, with one message stating that he had several drivers in North and North West London who he rotates, and alluding to them getting caught by police due to the Coronavirus lockdown.

Broderick pleaded guilty to conspiracy to supply Class A drugs and money laundering and was sentenced to seven years four months in prison on Friday 26 February at Harrow Crown Court.

OCP Operations Manager, Matt McMillan said: “Broderick thought that by using EncroChat to plot his drug-dealing operations he would be untraceable and untouchable, living a high-end lifestyle and avoiding law enforcement.

“Unfortunately for him he was wrong – not only did we catch him and seize his cash and luxury watches, but he has landed seven years in prison, and is now paying the price for his criminal enterprise.

“Our priority will always be protecting the public, and the damage drugs do to communities and the young people exploited as a result is significant.

“This sentence shows the OCP’s tenacity in pursuing those pulling the strings in criminal operations and the consequences of trafficking potentially deadly drugs in our communities.”