A London-based nurse currently serving an 18-year prison term for trafficking Nigerian women to Europe and forcing them into sex work has been ordered to hand over almost £184,000.

Josephine Iyamu, 54, was the first British national to be convicted under the Modern Slavery Act for offences committed overseas, in a landmark prosecution led by the National Crime Agency in 2018. 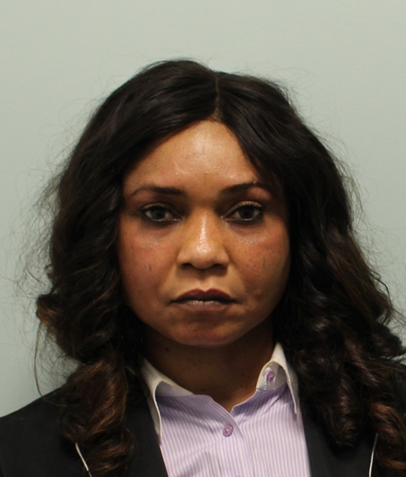 The confiscation amount took into account her available assets, which include a large house in Benin City, Nigeria, where she employed household staff.

If she fails to pay the full sum within three months, she will serve an additional two years in prison and still be liable for the money.

“Josephine Iyamu specifically targeted vulnerable women and put them through the most horrific experience, only to profit considerably form their misery.

“Iyamu’s expenditure on travel and properties far outweighed her legitimate earnings as a nurse and our investigation into her finances proved she made hundreds of thousands of pounds from her criminality.

“Confiscation orders are a key tool which provide us with the capability to really hit criminals where it hurts – in the pocket.

“Iyamu was calculated, manipulative and motivated by money. Not only is she serving a hefty prison sentence, but she won’t be living a luxury lifestyle when she comes out.”

The NCA’s investigation into Iyamu began in July 2017 following information from the German Police who had identified one of her victims working in a brothel in Trier.

After locating Iyamu, AKA Madame Sandra, in London, NCA investigators worked with the Nigerian Agency for the Prohibition of Trafficking in Persons (NAPTIP) to look into her activities in Nigeria.

Enquiries identified that she had positioned herself as a rich and powerful woman in Nigeria and had launched a political campaign, through which she claimed she wanted to empower women and families.

Using her status, Iyamu recruited vulnerable women from rural villages and promised them a better life in Europe. She charged them up to 38,000 Euro for facilitating their travel and forced them to work as prostitutes in Germany to pay off their debts.

Before they left, she put her victims through a Juju ceremony - a humiliating ritual designed to exert control over them. The women believed serious harm would come to them or their families if they broke their oath to Iyamu or tried to escape.

She was arrested by NCA officers after landing at Heathrow airport on a flight from Lagos on 24 August 2017.

Whilst in prison, she made attempts to trace and intimidate the victims and their families, together with bribing law enforcement officers, into proving her innocence.

Prior to Iyamu’s trial, NAPTIP officers secured a video of a Juju priest conducting a revocation ceremony taking away the oath Iyamu’s victims felt bound by. This supported all five women in giving evidence in court via video link.

They detailed the horrendous conditions they endured whilst travelling over-land across Africa, and then by boat to Italy before flying to Germany using false ID documents provided to them by Iyamu’s associates.

She was convicted of five counts of facilitating the travel of another person with a view to exploitation and one count of attempting to prevent the course of justice and jailed for 14 years in July 2018.

Following an appeal, her sentence was increased to 18 years two months later.