A married woman who sexually abused a child and sent the images of it to her lover has been jailed for nine years, after a National Crime Agency (NCA) investigation. 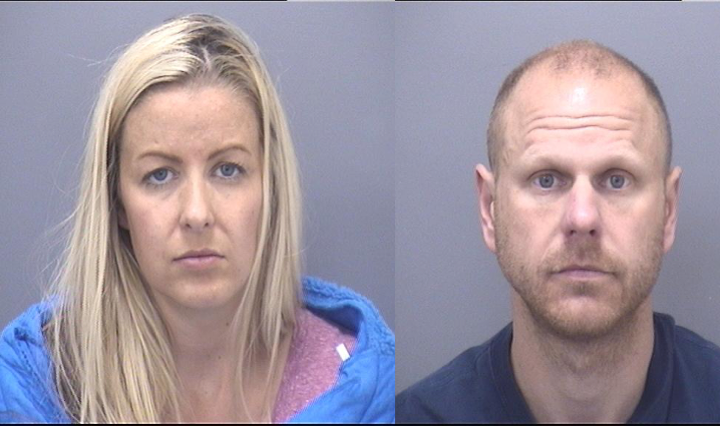 NCA officers arrested businesswoman Katie Weeks, 36, and Gareth Southcombe, 42, both of Poole, Dorset, in May 2018.

Southcombe, who owns a boating company, had the abuse photos on his mobile phone, and his desktop computer also contained 14 category A (the most severe) indecent images of children (IIOC), 14 category B, 15 category C and 35 extreme images.

Weeks, an illustrator and designer who produced gift cards, sent Southcombe the images in July and August 2017.

His mobile phone showed that he had chatted online with other offenders about the sexual abuse of children and animals.

Weeks originally declined to comment during interview in May 2018.

In another interview in August 2018, she blamed Southcombe for what she had done, saying she felt coerced and that Southcombe might have confronted her husband if she had stopped.

In October 2018 she admitted to investigators abusing the child and sending the images to Southcombe for his sexual gratification.

But she went to trial at Bournemouth Crown Court in November last year where she denied that the photographs were of a sexual nature.

In January last year Southcombe admitted possessing two photographs of the victim, possession of 14 category A indecent images, 14 category B, 15 category C and 35 images portraying acts of intercourse with animals.

Southcombe was jailed for 28 months.

Both were put on the sex offenders register indefinitely and also given sexual harm prevention orders indefinitely.

Hazel Stewart, NCA operations manager, said: “There is no greater priority for the NCA than protecting children from sexual abuse.

“These were awful crimes.

“It doesn’t matter what walk of life an offender is from, we will do everything in our power to catch them.”

The NCA is responsible for developing the threat assessment for child sexual abuse (CSA) in the UK and orchestrating the response to it.

As well as conducting its own investigations, the NCA is responsible for developing intelligence around cases and sharing them with policing partners for individual forces to investigate.

Between the start of the Covid-19 lockdown on March 23 and June 7, theNCA has developed and disseminated 3,856 online CSA cases to UK police forces.

During that time the agency has arrested 55 CSA offenders and safeguarded 115 children.