Four members of a global anabolic steroid manufacture and distribution network have been ordered to hand over a combined £2 million following a proceeds of crime investigation by the National Crime Agency.

Jacob Sporon-Fiedler, Nathan Selcon, Gurjaipal Dhillon and Alexander MacGregor (pictured below L to R) were all convicted of involvement in the criminal enterprise in 2019, and sentenced to jail terms ranging between 17 months and six years.

The NCA began an investigation into the group in 2014, following an initial seizure of steroids that were being shipped to Belfast.

The trail of evidence led back to Jacob Sporon-Fiedler, the CEO of Indian-based company Alpha Pharma. Investigators found Sporon-Fiedler worked with a network of UK-based fixers, responsible for arranging dozens of unlicensed shipments of drugs from India into Europe, and then distributing them.

The illegally imported drugs - made by Sporon-Fiedler’s pharmaceutical company in India – were shipped to the UK to be distributed by co-conspirator Nathan Selcon, from Maidenhead, who would sell them to body builders and fitness fanatics on the black market.

Selcon worked with MacGregor, also from Maidenhead, and Mohammed Afzal, from Slough, who between them had set up a purpose built illicit steroid laboratory to manufacture their own branded drugs. Inside the labs raw powder would be converted into a liquid solution that could be injected and sold in vials.

Gurjaipal Dhillon, from Southall, west London, operated as a fixer for Sporon-Fiedler helping him with the importations.The NCA investigation identified shipments totalling around 42 tonnes linked to the group.

Following their convictions NCA financial investigators began their work to identify assets linked to the gang which could be seized under the Proceeds of Crime Act (POCA).

The largest single confiscation order was handed to MacGregor at the Old Bailey. On Wednesday 16 November he was ordered to pay £1.16 million within three months, or face an extra seven years in jail while still being liable for the money. 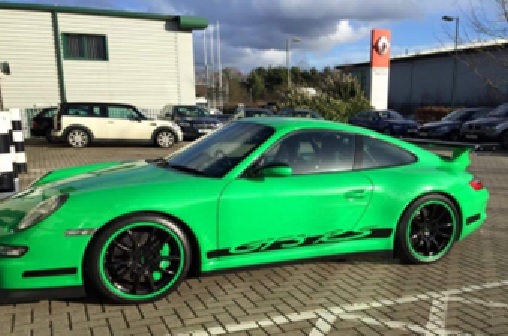 Ringleader Jacob Sporon-Fiedler had already been ordered by the court to hand over more than £700,000, while a confiscation order made against Nathan Selcon means he has had to pay £3,300.

A confiscation hearing relating to assets held by Afzal is due to take place in February.

“These men were part of an organised crime group involved in a multi-million-pound global enterprise to manufacture and supply banned anabolic steroids.

“The confiscation orders obtained so far in this case are the results of painstaking work undertaken by NCA investigators over a period of several years.

“It demonstrates our determination to go after criminal profits and prevent organised criminals from benefiting financially from their criminality.”