National Crime Agency investigators have launched an appeal to track down a man wanted as part of a firearms investigation.

Wayne Williams, 33, is known to have lived in the Rotherham area, and was last seen on the 20thAugust 2021. 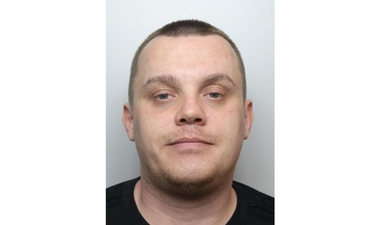 NCA officers want to speak to him in connection with an investigation into the importation of guns, which has already led to the seizure of a semi-automatic weapon.

“We are appealing to members of the public who may know the whereabouts or movements of Wayne Williams, or have any information that can help us find him.

“We know he has strong links to the Rotherham area, but he could be further afield.

“It is likely Wayne Williams knows he is wanted by us, and having the NCA on his tail is no doubt a stressful experience.

“Wayne Williams himself might be reading this appeal, and if he is I’d urge him to stop looking over his shoulder and make contact. This isn’t going to go away - we won’t rest until we’ve spoken to him.”

Anyone with information on Wayne Williams’ whereabouts should contact the National Crime Agency immediately on 0370 496 7622 or Crimestoppers anonymously on 0800 555 111.

“We would ask members of the public that if they do see Wayne Williams they should not approach him, but contact us straight away.

“I would like to remind anyone helping him, or frustrating our attempts to locate him, that they could also find themselves being arrested.”