More than £1.6m will be returned to the public purse after the National Crime Agency won a forfeiture order over the money which was hidden in a bed. 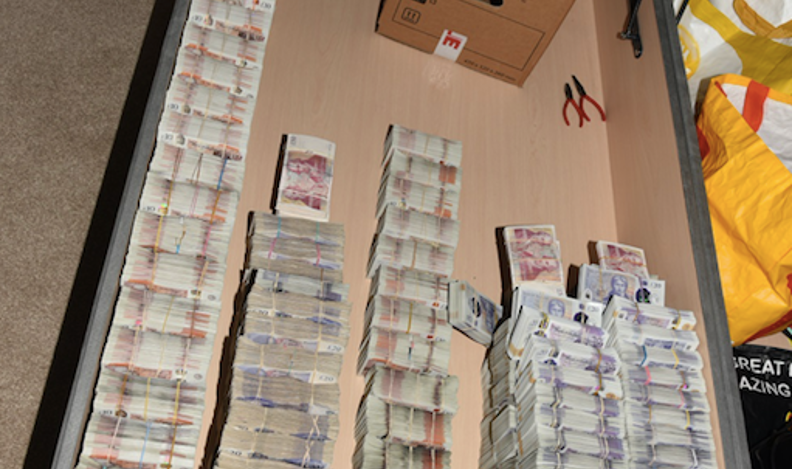 On June 13 last year NCA officers working as part of Operation Venetic – the UK’s response to the takedown of encrypted comms platform EncroChat – raided a flat in Kenelm Road, Sutton Coldfield, near Birmingham, allegedly being used by an organised crime group.

On the left side of the bed the cash had been counted and on the right of the bed were bags of uncounted cash.

The bags were written on with dates and names of EncroChat handles (users’ nicknames).

Also inside the bag were professional electronic cash counting machines, a ledger showing cash collection records, digital scales, a heat sealing machine and plastic pouches likely to have been used sealing one kilogramme blocks of drugs.

And a man aged 37 is wanted as part of the inquiry. Officers found two kilogrammes of cocaine inside his car and £56,000 in his wardrobe when they searched his home.

NCA operations manager Rick MacKenzie said: “The recovery of this money is excellent news for the public purse and crucially deprives an organised crime group of a lot of cash.

“That money can no longer be used to reinvest in more offending. Our investigation continues.”

The uncontested forfeiture order was granted on Friday at Birmingham Magistrates’ Court.