Update: Men from Kent and Northern Ireland arrested as cocaine worth around £3m is seized

Gary Sloan, aged 50, of Magheralin, Co Armagh, and Jason Bunce, aged 57, of Kingswood, Kent, have been charged with conspiracy to import Class A drugs and will appear at Canterbury Magistrates' Court today. A 40-year-old man from Dover who was arrested has been released under investigation. 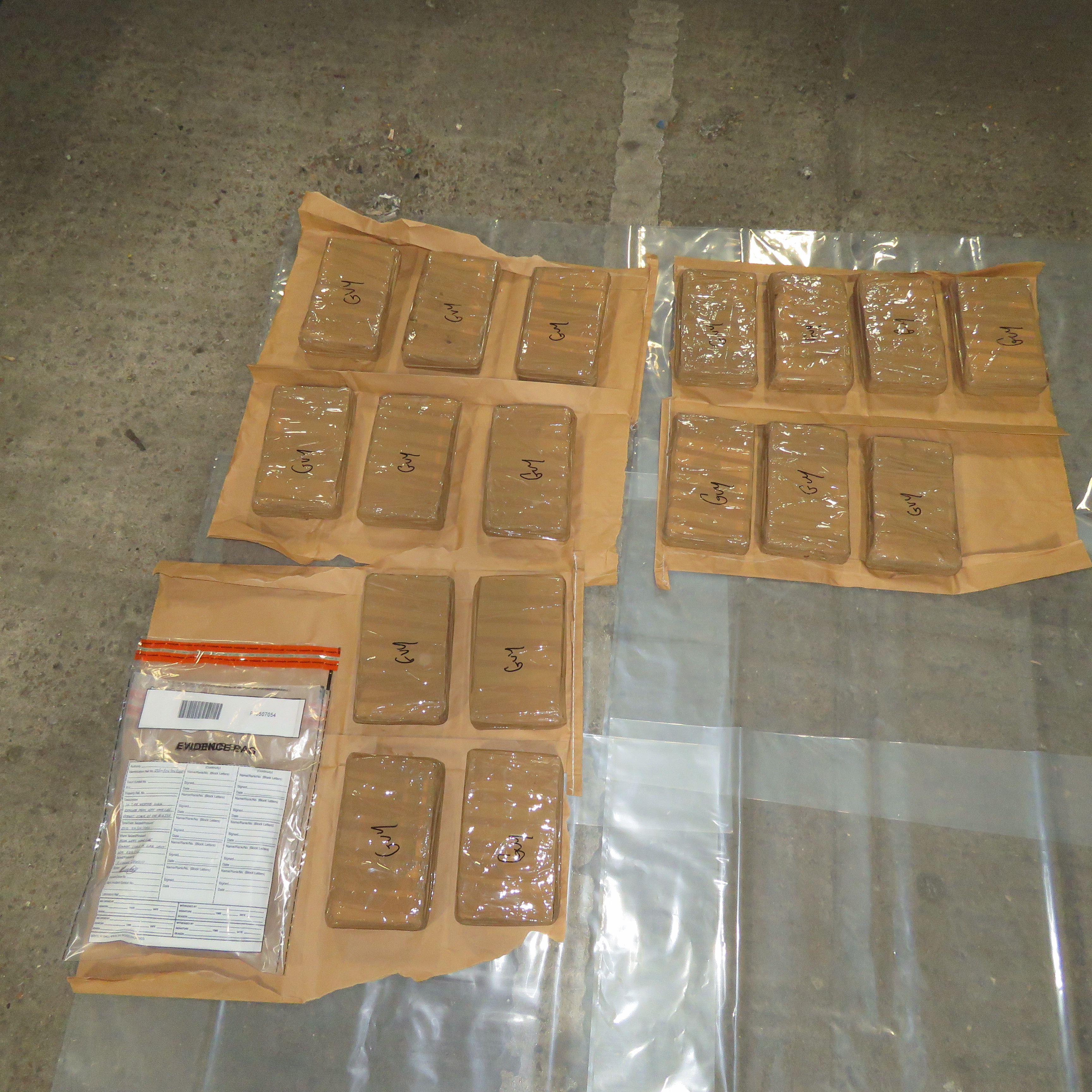 Three men have been arrested and cocaine with a potential street value of around £3 million has been seized as part of an National Crime Agency investigation into drugs supply.

NCA investigators, supported by Border Force officers, recovered 36 kilos of cocaine from what is believed to be a purpose built hide in a lorry that had travelled on a ferry from France into Dover at around 10pm last night (23 April).

The lorry driver, a 50-year-old man from Magheralin in County Armagh, Northern Ireland, was arrested on suspicion of conspiring to import class A drugs.

Shortly afterwards NCA officers arrested a second man in Kent for the same offence. The 56-year-old from Kingswood, Kent, was stopped near Dover.

Today at around midday a 40-year-old from River near Dover was detained at a haulage yard in the town, also on suspicion of conspiring to import class A drugs.

As part of their investigation NCA officers, working jointly with colleagues from the Police Service of Northern Ireland, have searched properties in County Londonderry and County Armagh in Northern Ireland.

All three men remain in custody and will be questioned by NCA investigators.

“This was a significant seizure of class A drugs which would have generated a large amount of profit for criminals involved in drug supply.

“Crime groups involved in drugs supply are also involved in violence and exploitation, so cutting off their profits reduces the harm they can cause for our communities.

“Working with partners like Border Force and the PSNI we are determined to do all we can to disrupt and dismantle gangs involved in drug trafficking.”

This arrest came days after the NCA warned serious and organised criminals, including drug traffickers, are continuing to attempt to evade law enforcement during the coronavirus pandemic.

Earlier this month the Agency’s National Strategic Assessment of Serious and Organised Crime stated that drugs are linked to a substantial proportion of cases of serious violence, much of which is perpetrated by urban street gangs.

“We are determined to stop illegal drugs from reaching our streets. Drugs are intrinsically linked to organised criminals who trade in violence and exploitation, preying on individuals and impacting our communities.

“We will continue to work with the NCA to bring drugs smugglers to justice.”