A man who sexually assaulted young children and was actively seeking opportunities to offend again has been convicted of 14 counts of child sexual abuse after a National Crime Agency investigation. 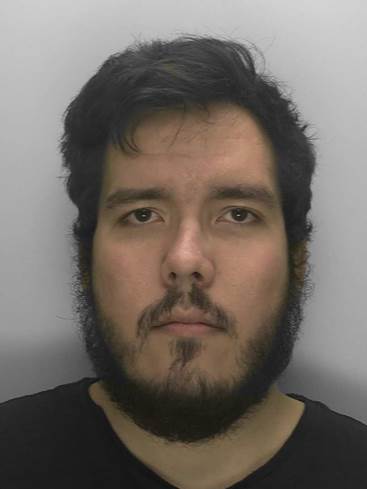 Keats Harvey, a 24-year-old American national, groomed and sexually assaulted four children, the youngest of whom was a toddler.

He was arrested by NCA officers at his home in West Wittering, Chichester, in May 2020.

The NCA uncovered a large number of chat logs and emails in which he had sent and received these images from other likeminded individuals, as well as admitting to having molested three young children.

Investigators subsequently identified four children who had been abused by Harvey, all of whom were under ten-years-old and have since been safeguarded.

He met his victims through other adults he knew and assaulted one of the children whilst at a party.

Harvey made multiple further attempts to meet and abuse children by befriending vulnerable adults with kids and applying for jobs at places where we knew he would have access to children, including hospitals and nurseries.

Through their investigation into Harvey, NCA officers identified another American national they suspected had sexually abused an eleven-year-old boy.

Intelligence was shared with US authorities based in Seattle and the man, a teacher, was arrested and the child safeguarded.

He will be sentenced at the same court on 8 October 2021.

“On top of this, he was actively trying to befriend adults who had children and had researched jobs on the internet, at hospitals and nurseries, all with the aim of gaining access to children.

“In my view he is an offender whose behaviour was escalating in terms of the severity of the offending he was trying to commit.

“Prosecuting individuals like Harvey who pose a sexual risk to children is a priority for the NCA. My team worked tirelessly, with support from the Crown Prosecution Service, analysing reams of particularly disturbing material to build the case against him and ensure he would face justice.

“We also worked closely with policing partners to identify offenders and safeguard victims. In this case, Sussex and Hampshire Police provided significant support to the investigation.”