Man guilty after drugs worth millions found in toy delivery

A man who tried to smuggle cocaine worth over £8 million into the UK in a van delivering toy bricks has pleaded guilty. 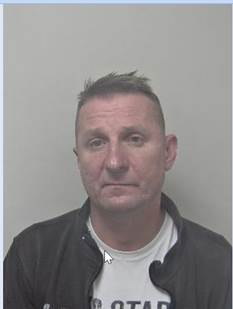 Today at Canterbury Crown Court, Marek Wisniewski, 45, from Bytom, Poland, admitted to attempting to import 80 kilos of Class A drugs – which had a potential street value of an estimated £8.1 million.

The National Crime Agency launched an investigation into the Polish national after Border Force officers stopped him attempting to pass through Dover’s Eastern Docks on 29 May.

When officers searched the vehicle they found blocks of cocaine stuffed in holdall bags.

The bags were hidden behind pallets, amongst boxes of toy bricks that were destined for a company address in Cambridgeshire. He had started his journey from Poland and told officers that he didn’t know how the drugs had got there.

Wisniewski appeared before Margate Magistrates Court on 30 May and was remanded in custody until today’s plea hearing.

He is due to be sentenced on 9 July.

NCA Dover Branch Commander Martin Grace said: “Serious and organised crime networks rely on people like Wisniewski to carry out the leg work and now he’ll have to face the consequences.

“The profit that can be made from drugs mean criminals will try almost anything to smuggle their product into the country and evade detection.

“Working with partners like Border Force, we’ve been able to stop this cocaine reaching the streets of the UK and caused disruption to the group behind it.”

David Smith, Border Force regional director, said: “Illegal drugs have a significant impact on our society, being the root cause behind countless burglaries, thefts and robberies. They are also used as a commodity by organised criminals linked to violence and exploitation of the vulnerable.

“Border Force will continue to work with our law enforcement partners at the NCA to bring offenders like Wisnieskwi to justice and to disrupt the workings of organised criminal groups in the UK.”