An HGV driver has been jailed for smuggling £480,000 worth of cocaine whilst delivering a shipment of frozen potatoes from the Netherlands. 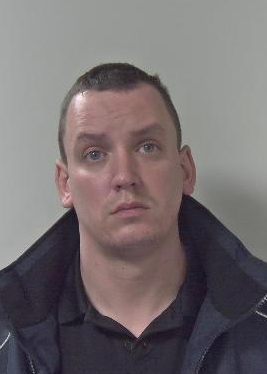 The National Crime Agency started an investigation into Bryan Anthony Hughes, 30, from Ballymena, Northern Ireland, after his lorry was stopped at the UK Inbound border in Coquelles, France, on 16 October 2021.

Hughes told Border Force officers he had been to Tilburg in the Netherlands. His cab was then searched by officers and eight kilos of cocaine was found inside baggage and in a locker.

National Crime Agency officers estimate the drugs would be worth £480,000 at street level.

The NCA investigation found that Hughes had travelled from the Netherlands, having collected a legitimate cargo of frozen potatoes for delivery in the North West of England.

When interviewed by officers, Hughes made no comment but later pleaded guilty to importing a Class A drug at Canterbury Crown Court on 2 December 2021. He was sentenced to seven years and six months at the same court today (4 February).

Mark Howes, NCA Branch Commander, said: “This quantity of cocaine would generate significant revenue on UK streets, so this seizure will cause a dent in the profits of the organised crime group it was destined for.

“Criminal groups use smugglers like Hughes to bring their drugs into the UK and our message to anyone tempted to try and make what they may consider easy money through smuggling is that you will be caught.

“We work closely with our partners, including Border Force, to stop the flow of illicit drugs into the UK and will continue to prosecute those involved.”