A Liverpool money launderer has been ordered to hand over more than £131k or face a further 15 months in prison. 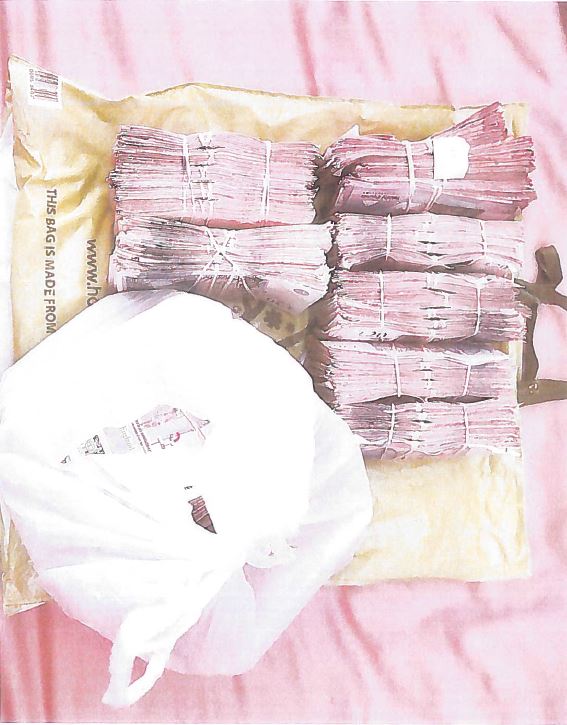 A Liverpool money launderer has been ordered to hand over more than £131k or face a further 15 months in prison.

Judge HHJ Byrne ruled yesterday at a confiscation hearing at Liverpool Crown Court that assets belonging to 50-year-old Terence Brian Scott were the profits of his illegal activities and ordered he pay back the money. If he does not pay within three months, he will serve 15 more months in prison, and still have to pay the full amount plus interest.

On 11 August 2017, two properties associated to Scott were searched in Blundellsands Road East and Liverpool Road South, Liverpool, following an investigation by the National Crime Agency.

Officers found a large quantity of cash in carrier bags under a bed and in a wardrobe. The total amount of cash found and seized was £244,120, including £40,705 in Scottish notes and €10,185 which was dealt with in separate proceedings.

Scott was arrested on suspicion of money laundering offences. He pleaded guilty and on 7 February 2018 was sentenced to 20 months in prison.

Scott lived a lavish lifestyle beyond the means of between the £19,000 and £36,000 declared to HMRC during the period of 2011 to 2016. This included extensive property renovations and expensive holidays.

“Terence Scott thought he could get away with living a lavish lifestyle funded by his criminal activity.

“Money laundering is a serious crime. Pursuing confiscation orders on top of criminal convictions means a double whammy of being hit in the pocket while also serving time in prison.

“Through successful action taken by the NCA he may now lose his properties and vehicles, as well as serving time in prison. Money laundering is a serious crime which undermines the economy of the UK. We will not hesitate to pursue those who seek to benefit from it.”

A number of bank accounts, properties and vehicles, including a Hackney cab, a Mercedes and a Ford Focus, have been identified as items belonging to Scott which could be taken to satisfy the confiscation order.