A drug trafficker and money launderer who spent more than six years on the run in the Middle East has been jailed for 9 years.

Eitan Benzur, aged 65, previously of Maida Vale, London, fled to Israel after National Crime Agency officers found more than £400,000 in cash at his flat and in bank safety deposit boxes.

The British national had been on bail following his arrest in February 2014 as part of an NCA investigation into drug trafficking and money laundering.

Officers also found a ledger in the flat which made reference to trafficking  8.5 tonnes of cannabis with a value worth in excess of £9 million. 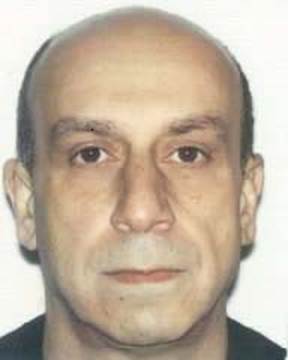 One of those deals was connected to a man in Blackpool whose house was searched following the seizure of 70 kilos of cannabis in July 2010. Evidence indicated that Benzur was connected to the financing of this shipment – believed to have come from Spain – and to have made international transfers of laundered cash using unregistered mobile phones.

On the day Benzur’s flat was raided, officers also seized £115,729 in cash from an address in Grendon Street, St John’s Wood, which was the home of his criminal associate Clare O’Neill.

In February 2015, O’Neill, now aged 46, admitted to two money laundering offences relating to cash held for Benzur, and unexplained cash totaling £83,867 that had been paid into her bank account.

She also admitted to possessing a false identity document - a passport held for Benzur.

The NCA’s investigation showed that Benzur did not have any regular employment, and had not declared any income for 15 years prior to his arrest. He had also claimed state benefits totaling £127,991 between 2008 and 2014.

The NCA obtained an extradition warrant for Benzur’s arrest identifying a number of offences, including money laundering, possession of a false identity document, supplying controlled drugs and fraudulently evading the prohibition on importation.

An extradition application was lodged with Israel and, as a result of working closely with the Israeli authorities, NCA officers tracked down Benzur to an address in Tel Aviv.

He was arrested in December 2019 and returned to the UK on 20 August 2020. He pleaded guilty to conspiracy to import class B drugs and money laundering at Bristol Crown Court on 18 April 2021. He was sentenced to 9 years imprisonment at the same court yesterday (17 May).

NCA Operation Manager Tudor Thomas said: “Benzur was integral to drug dealing worth millions of pounds and the concealment of those illicit profits.

“Cash drives serious and organised crime, and this investigation has taken hundreds of thousands of pounds out of the criminal supply chain.

“Time and again, the NCA’s tenacity and international reach brings fugitives from UK justice to account, no matter how long it takes.”