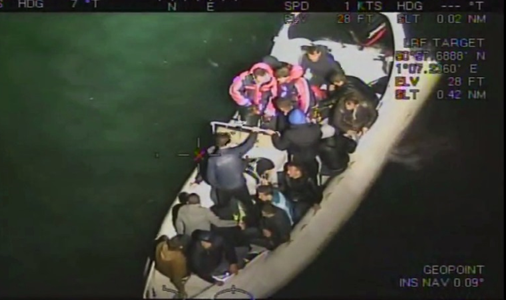 A new joint unit of UK and French law enforcement officers working together to tackle organised immigration crime has been involved in the arrest of almost 100 suspected people smugglers in France since it started work two months ago.

The Joint Intelligence Cell, which became operational on 21 July, has also played a part in stopping around 500 migrants from making the crossing in small boats.

UK officers working in the JIC come from the National Crime Agency and Immigration Enforcement, working as part of Project Invigor, the UK immigration crime taskforce.

Those officers are working side by side sharing information, feeding into joint operations and investigations, and targeting law enforcement resource.

In the last two months at least four boats have been prevented from setting off from French beaches as a direct result of UK intelligence, while a number of new suspected people smugglers have been identified for investigation.

Of the 98 arrested at least 10 have already been convicted in France, with others awaiting trial or in the French judicial system.

“Organised immigration crime is a chronic threat, and the scale and complexity evolves all the time.

“The JIC was stood up in response to an increasing number of attempted small boat crossings over the summer. It is not just about the exchange of intelligence, but also about joint investigations, and we have had incredible support from our French colleagues.

“Together we are determined to disrupt and dismantle these criminal groups wherever they are operating, in the UK, in France or elsewhere in Europe.

“These gangs are cynical and exploitative, putting the lives of migrants secondary to profit. We see that in the dangerous attempts to cross the Channel in small boats, or in the tragic events in Essex last year where migrants were found dead in a lorry.

“Invigor, NCA and wider UK law enforcement have stepped up their efforts against them, both domestically and internationally.” 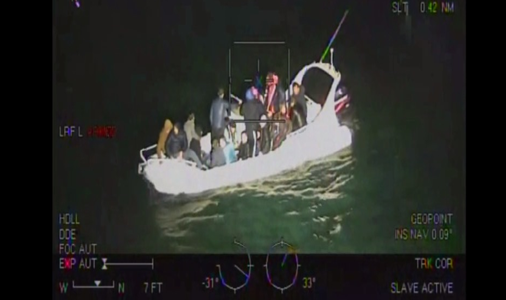 “Working with international partners our immigration and law enforcement teams are stepping up our activity against the threat posed by organised immigration crime - preventing people from making dangerous Channel crossings and bringing the vile criminals responsible to justice.

“Only yesterday, 12 people were arrested in France, the Netherlands and the UK as part of a joint operation targeting a gang engaged in smuggling people across the Channel in small boats.

“I remain committed to putting a stop to illegally facilitated Channel crossings and my message to those exploiting the vulnerable for profit is simple – we are coming for you.”

It comes as Project Invigor revealed more details of its activity to target organised immigration crime.

Since the inception of the taskforce in 2015, it has had involvement in more than  850 arrests linked to people smuggling, with more than 350 of these occurring overseas. In total suspects convicted have been sentenced to more than 440 years in prison.

Just on Tuesday Immigration Enforcement officers were part of a European operation against a suspect small boats people smuggling network that saw 12 arrests made. Three were detained here in the UK on suspicion of facilitating illegal immigration. Another seven were held in France and two in the Netherlands. The operation was supported by the NCA.

In the first six months of this year the Invigor taskforce has been involved in at least 140 arrests, either in the UK or overseas, as it was involved in a range of activity targeting organised immigration crime groups.

This included an operation in February this year, which saw Invigor play a key role in bringing down an organised crime group responsible for smuggling migrants through Greece. The Greek authorities, working in partnership with officers from the taskforce, intercepted an Italy-bound boat carrying 19 migrants in the Aegean Sea off the island of Hydra. Two crew members were arrested and another six suspected members of the people smuggling network were detained.

In April two people in Belgium were convicted for being part of an organised crime group smuggling Iraqi and Iranian nationals into the UK using lorries and vans. This followed a joint UK/Belgian undercover operation. Four further individuals face trial in the UK next year.

In June a German national facilitator arrested with a boat in the back of his vehicle, and later jailed for 10 months in France for OIC offences. His arrest was as a direct result of fast time NCA intelligence, passed through Invigor.

Also in June one Albanian and four Afghan nationals were arrested and £30,000 cash was seized in west London as part of an NCA investigation into people smuggling. Two migrants who had recently arrived in the UK in the back of an HGV were also detained.

Invigor also continues to target social media sites and pages used by people smuggling OCGs to advertise their services. Between April and June this year over 1300 such accounts were referred for closure.

Project Invigor is led by the NCA but also comprises Immigration Enforcement, Border Force, the CPS and the Home Office.