A man jailed for making and supplying false identity documents has been ordered to pay back more than a quarter of a million pounds in criminal profit. 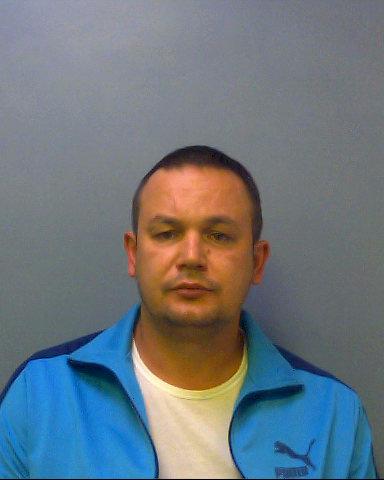 He has three months to pay the amount, or will be given an additional three-year jail term and still owe the money.

Sukhoviy was jailed for six years at the same court in March 2019, after pleading guilty to conspiring to supplying false documents to commit fraud. He initially denied the charges but changed his plea just before his trial was due to start.

Sukhoviy was arrested by National Crime Agency officers at his home address in Slough in October 2018.

The arrest followed an investigation into an industrial-scale forgery factory operating in Stratford, East London.

The factory was run by fellow Ukrainian Sergiy Mykhaylov and was set up with computers and printers capable of producing tens of thousands of documents.

Mykhaylov ran an online business through which he received orders and would distribute documents to customers all over the UK.

Sukhoviy was one of several individuals acting as a distributor of documents for Mykhaylov, and £11,000 cash in various currencies was discovered at his home following his arrest.

He became the fifth conviction linked to the forgery gang, with jail sentences totalling more than 27 years having been handed out.

As part of the parallel financial investigation, the NCA established that Sukhoviy used accounts in other names, as shown by bank cards found in his wallet at the time of his arrest.

Phone numbers attributed to Sukhoviy proved he was associated to other accounts in third party names, some of whom had flown in to the UK to open the account before flying out the same or the next day.

Many of the accounts were financed by cash and from building companies, believed to have been processing potential fraudulent construction industry scheme payments.

The confiscation order relates to property in the UK and Spain, a Rolex watch, cash restrained in bank accounts and cash seized at the time of arrest.

“The most serious criminals and crime groups use false documents to travel and operate undetected, so the NCA continues to target those responsible for creating and supplying them.

“This investigation shows our determination to use all of the tools at our disposal to deny criminals their profits and protect the people of the UK.

“Sukhoviy will now have to come up with this money or face the prospect of spending longer in prison.”