Jail for man who had handgun hidden in his bedroom

A man has been sent to prison after an illegal firearm was seized by police and National Crime Agency officers at his home in Midlothian. 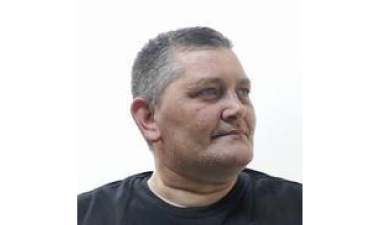 Steven Seaton, now aged 46, was arrested in May this year when officers from the Organised Crime Partnership (Scotland), a joint team of officers from the NCA and Police Scotland, executed a warrant at his house in Arbuthnot Road, Loanhead. A 9mm handgun was recovered from his bedroom.

He later pleaded guilty to importing and possessing a prohibited weapon and on 19 September he was jailed for a year at Edinburgh Sheriff Court.

“Preventing firearms from getting into the UK and into the hands of criminals is a key priority for the NCA.

"By working closely with our colleagues in Police Scotland, the Organised Crime Partnership was able to prevent a weapon making it onto the streets of Scotland and causing harm to the communities we are here to protect.”

“Steven Seaton was willing to risk the safety of the public by importing a deadly weapon for his own financial gain, which was destined to be sold into an organised crime group.

“This investigation involved working with extensively with West Yorkshire Police and Spanish authorities, and I want to thank them for their continued support.

“The OCP will leave no stone unturned in removing illegal firearms from the community and bringing those response for such criminality before the courts.”

Anyone with information or concerns about organised crime should contact the police via 101, or report information anonymously to the independent charity Crimestoppers on 0800 555 111.