Members of an organised crime group who bought scores of blank firing handguns to convert into live weapons have been jailed for a total of almost 14 years. 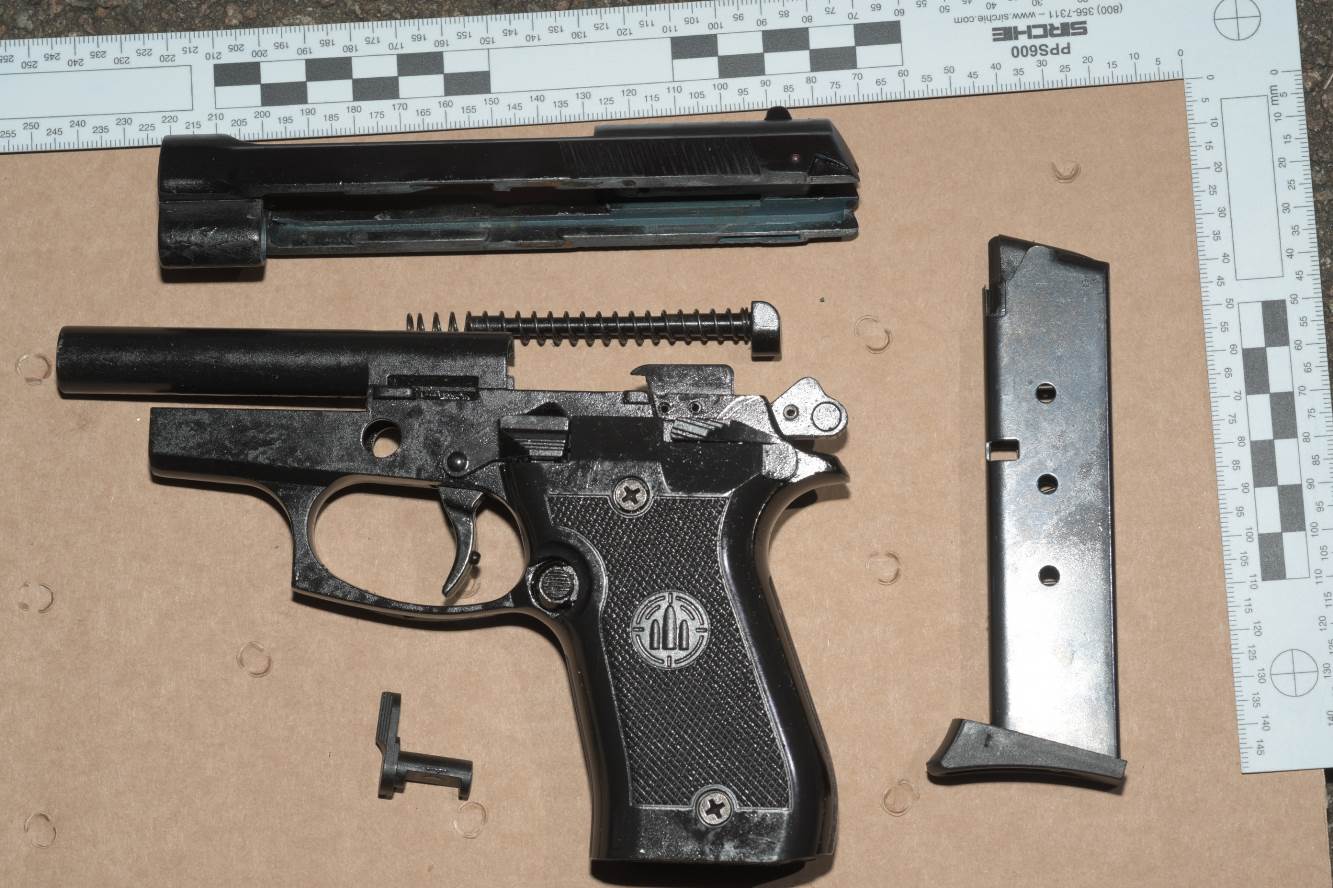 Each of the weapons bought by Neale cost around £100, but would have been worth at least £2,500 on the criminal market once converted to fire live ammunition.

Neale was driven by accomplice Shaun Williams, 33, on multiple occasions to buy the weapons using cash, which were then passed to Christopher Watson, 31, who himself bought one pistol.

The barrels were drilled into to enable them to fire live rounds, using a drill and fittings, before the weapons were coated in heat resistant black paint to make the blue side of the pistols appear more authentic.

In one text message to his girlfriend, Neale said that he was getting four pistols converted, which would potentially make him around £9,000.

Watson and Williams were arrested on 5 November last year, after armed West Midlands Police officers – acting at the request of the NCA - descended on a white transit van travelling near ‘Spaghetti Junction’ in Birmingham. Watson was driving the vehicle at the time.

Two firearms which had been broken down into their constituent parts were found in the passenger foot well, along with a pack of 9mm ammunition.

NCA officers searched the three men’s homes in Birmingham. They found a Clarke Metal Worker drill and fittings in Watson’s house along with debris from the base of the drill, and a small cannabis farm at Neale’s flat.

The trio pleaded guilty at Birmingham Crown Court on 8 June, and were sentenced at the same court today (11 October). Watson was jailed five years and three months, Williams to four-and-a-half years and Neale to four years.

“It is chilling to think that the dozens of blank firing weapons this gang bought could have been destined for organised criminals as viable handguns.

“Seizing such weapons, with the help of our partners at West Midlands Police, protects the public from this serious threat. I’ve no doubt more handguns would have been produced had we not intervened.

“The NCA works relentlessly to stop criminals like Watson, Williams and Neale obtaining firearms and endangering the public.”

It is illegal to modify or adapt top or side venting blank-firing firearms into viable weapons. The NCA works closely with industry, trade groups and retailers to prevent their availability and use by UK criminals, as well as with multiple partners overseas to prevent them from entering the UK supply chain, either through lawful or unlawful channels.